A 'Lord' of laughs 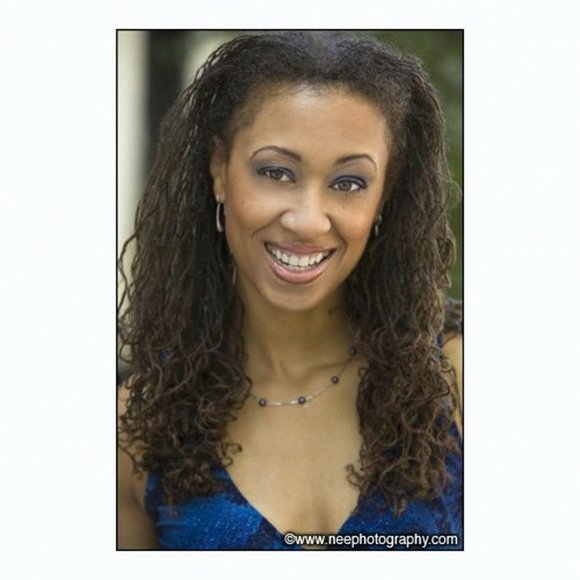 A 'Lord' of laughs

Leighann Lord knows how to keep the audience rolling with her sharp wit and sarcasm. The stand-up comedian says that nothing is more gratifying to her than telling jokes on stage and allowing her audience to escape the negative energy in the world.

She's made audiences around the world laugh and has appeared on Lifetime's "Girls Night Out," HBO's "Def Comedy Jam" and Comedy Central's "Premium Blend." She won the "Hilarious Housewives Contest" on ABC's "The View." Lord has also performed at a variety of clubs, schools and even oversees for troops in the military.

Born in the South Jamaica section of Queens, Lord said that it was her upbringing by her West Indian parents that fuels her humor.

"I am the first to say that I am not the funniest one in the family," she said. "Aside from the fact that my whole family is crazy, I was just crazy enough to get paid for it."

While in the sixth grade, Lord says other kids teased her. Calling herself the "smart kid," she said her glasses and braces put her on the receiving end of bullying. To combat it, she distracted people with humor.

She said, "People started to laugh with me and not at me. I was an 11-year-old sixth grader with a game plan that led me in the right direction."

In college, Lord studied journalism, creative writing and theater with hopes to go into show business. However, she needed to work and landed a job in corporate communications for a chemical firm. Lord said that she knew quickly she was destined for her passion.

"I realized in two days I didn't want to be there, but I worked there for five years," she said. "I was excited to be getting money, and that's a great thing for a recent college graduate. Having a job that you hate can inspire you to do what you really want to do."

She started getting her act together and making appearances at stand-up clubs. She said at first it was hard, but she eventually got the hang of it.

"Stand-up is not like theater. It's all you. On my first show, I had to do five minutes, which seemed like a really long time. As scared as I was, I was elated. I felt like I was home, where I wanted to be. I was hooked the very first time I did stand-up on stage.

The root of Lord's comedy ranges from being in an interracial marriage, politics, current events and her "special needs" dog. Some of her comedic inspirations include George Carlin, Marsha Warfield, Carol Brunette and Bertice Berry.

Now on tour, Lord recently returned from entertaining American troops oversees in Iraq, Eastern Europe, Afghanistan, Germany and Kosovo. In the United States, she has performed in 46 states, most recently Alaska.

"There are comics that will tell you there is no feeling better than to hear laughing in unison," Lord says. "People look at you, and they are laughing, and they are hanging on your every word. You bring them joy. I can't describe the right words how amazing that is. It's that moment of bliss for you and everyone."

Lord is gearing up for a show at the Borough of Manhattan College Tribeca Performing Arts Center on Feb. 19, titled "Leighann Lord with Black Women in Comedy." Black female comedians Abbi Crutchfield, Rhonda Hansome and Angela Scott will join.