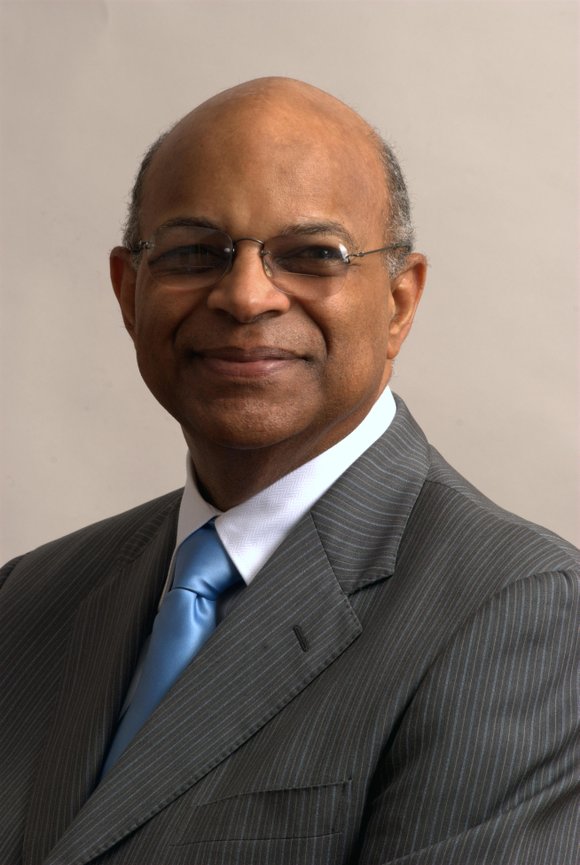 Even though the holiday season is over, funeral director James Alston is preparing for another year of giving back.

Alston, 68, who is director of McCall's Bronxwood Funeral Home, left his career as an attorney with his own practice to run the business that has been in his family for 45 years. Located in the Williamsbridge section of the Bronx, he's known throughout the borough for his services.

Alston was born in Harlem, where his family owned and operated the West Restaurant on 135th Street. For years, he worked in the corporate world as an attorney for American Express and was the first Black attorney for the company. Alston was also an assistant district attorney in the Bronx.

But aside from providing exceptional service for those who lose loved ones, Alston gives back to community through various activities. Most recently, he held his annual community Christmas event at Eastwood Manor, which drew close to 300 people.

For admission to the event, he asks that people bring a gift to give to a child in a hospital or shelter. He also asks people to make donations to the United Negro College Fund.

"I grew up in this community," said Alston. "We touch everyone in the neighborhood and we see the need where we can be helpful. It's in our interest to have a vibrant and healthy community."

This past Thanksgiving, Alston supplied turkeys to several Bronx churches. Just in time for the holiday season, he provided 10,000 candy canes to churches and groups.

During the year, Alston gives $1,000 scholarships to students who participate in various churches and community groups. He donates the money to organizations like the Bronx NAACP, the East of Laconia Civic Organization, Butler Memorial Methodist Church and St. Luke's Episcopal Church.

On Memorial Day, he will provide up to three buses taking 90 to 120 people to the National Cemetery in Calverton, N.Y., for residents to participate in Memorial Day ceremonies. He also provides lunch for the group.

During the school year, Alston participates in an annual book reading held at John Phillip Sousa Junior High School. At Richard Green Elementary School, he sponsors a math contest for junior high school students and donates a computer to the first place winner.

He said, "We are a Black business, and I believe in Black self-determination and Black empowerment. I like to be involved, but I like to be in the background as the facilitator and the enabler. If we give back to the community, we all benefit."