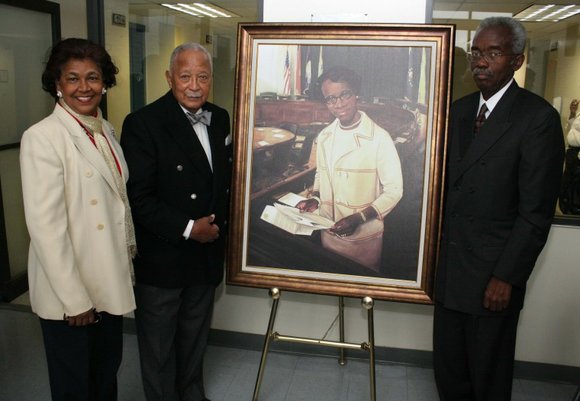 Located at 55 Hanson Place in Brooklyn, N.Y., the state office building will now be known as the Shirley A. Chisholm State Office Building in honor of the late pioneer and congresswoman.

On Monday, a dedication ceremony was held in honor of the renaming, with everyone from New York State Gov. David Paterson to Assemblyman Hakeem Jeffries providing testimony on Chisholm's achievements while a plaque commemorating her triumphs was unveiled.

"Shirley Chisholm was a lifelong leader," said Paterson, "who worked tirelessly to better the lives of those in her community and across the country. Her ability to inspire action in others is a gift that continues to resonate today.

"Naming this building in her honor will recognize her legacy in perpetuity and serve as a constant reminder of her dedication to championing positive change," said Paterson.

"Shirley Chisholm blazed a trail from the streets of Brooklyn in 1972 to the White House in 2008 with the election of Barack Obama," said Jeffries. "We all owe Shirley Chisholm a debt of gratitude for her dogged spirit and indomitable strength that changed the very social fabric of our nation forever."

Representing the Chisholm family at the ceremony was Bill Howard, who worked for Chisholm as a senior administrative assistant when she was in Congress. Howard pontificated on the legacy of his former boss, whose work, he believes, can be found anytime you step outside. "Shirley's work can be seen today on the streets of America," he said. "Her life's work centered around a better quality of life for all people, especially our youth."