Jonelle Procope: Taking the Apollo Theater into the future 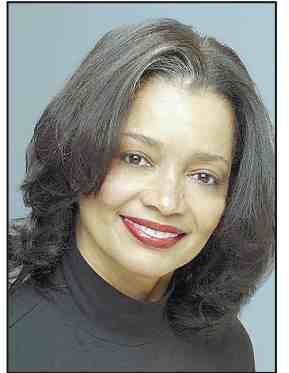 Seventy-five years later, the Apollo Theater is still going strong, attracting tourists from around the globe while serving as an artistic sanctuary for locals. The woman behind its celebrated success has plans to keep the legendary theater a top venue for touring acts and amateurs, but also wants to give the Apollo back to the community.

Jonelle Procope is serving her fifth year as the president and CEO of the Apollo Theater Foundation, Inc. As head of the non-profit, her responsibilities lie in fundraising, working with the board of directors and handling the day-to-day operations of the Apollo. Along with her staff, she also develops community programs dedicated to enhancing the arts. "The Apollo is not just a building, it's about how we affect culture and community outside of our walls," she said. "We worked very hard in the last several years for the community, and this should be a place where the community can come and learn about and participate in topics or issues that affect their lives." A native of Philadelphia, Procope said that when visiting New York City, she always had her eye on the Apollo--literally. Her late brother, John Procope, was a former publisher of the New York Amsterdam News, allowing her to admire the theater when making visits. She earned her undergraduate degree from Howard University before earning her J.D. from St.John's University and entering the field of law. Procope started her career in corporate law before making the switch to entertainment law. For 20 years, she provided legal representation and counseling to entertainers and music industry professionals.

She also served as director of business affairs for Bristol-Myers Squibb Company and in the 1980s worked at Viacom International, Inc. during its early years, specializing in entertainment law for MTV and Showtime Entertainment. "You never know where life is going to lead you professionally and personally," she said. "You have to be open to new ideas and opportunities. Through my work on the board of trustees, combined with all of the elements of my jobs in the past, I feel very blessed to have my dream job." Procope served on the board of directors for the Apollo Theater Foundation for four years before being selected to be president. Under her leadership, the Apollo has undergone extensive renovations to its facade, including a new blade sign and digital marquis. She said, "The Apollo has been a driving force in shaping musical and cultural landscape. It's the gem in the crown of 125th Street and it's always been a beacon of light for the Harlem community." Procope is overseeing the next step in the Apollo Theater's renovation that's coinciding with the rezoning of 125th Street. The Apollo plans to move administrative offices to make room for rehearsal space and educational programs. The lobby will double in size, allowing for a bar and concession stand. Renovations are set to begin in 2010.