Judith Jamison and the Ailey company's labor of love 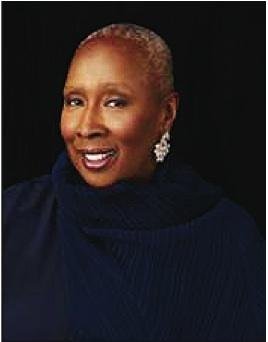 Judith Jamison's name is so synonymous with the Alvin Ailey American Dance Theater that when the AAADT takes center stage at City Center, Dec.3 to Jan.4 to celebrate its 50th anniversary season, it will be as much a celebration of the master choreographer's vision as it is of the leadership role he asked her to assume in 1989. When I caught up with the very busy Ms. Jamison recently, she exuded excitement. "You know they're lighting the Empire State Building in our honor!"

The lights will be yellow as a tribute to the Ailey masterpiece, "Revelations." Jamison's journey, like that of the company founded by mentor and master choreographer Alvin Ailey, has been amazing. Her professional life has been intricately intertwined with Ailey and the AAADT from the minute she joined the company in 1965. As its star, her mere presence on stage could bring the house down, whether she was dancing with the entire company or dazzling audiences in the tour de force "Cry," which Ailey created for her. When told she's led a charmed life, Jamison says, softly, "I like to think my life has been guided. You know, I grew up in the church." In 2011,she has announced, she will transfer the reins to friend and associate director Masasumi Chaya. But that's two years away. For now, she's focused on the upcoming season, which celebrates five decades of inspirational artistry with the help of some pretty remarkable friends, including honorary chair and honored guest Oprah Winfrey, Jessye Norman, and others. Wynton Marsalis and the Jazz at Lincoln Center Orchestra will perform live in "Ailey & Ellington." Sweet Honey in the Rock will share the stage in Ailey dancer Hope Boykin's new work, "Go in Grace." The season features a total of 36 ballets, including 22 works by the master choreographer Alvin Ailey, and will include the world premiere of "Festa Barocca" by internationally acclaimed choreographer Mauro Bigonzetti. "It's going to be fabulous," Jamison said.

Audiences can also look forward to enjoying classics with new flavor. A performance of "Blues Suite," which premiered in 1958 and signaled to the dance world that there was a new star on the horizon, will feature Kenny Brawner, and the Brawner Brothers Band will perform live onstage. As the AAADT dancers rock the audiences' collective soul in "Revelations," they'll be joined by the legendary Ella Mitchell and the Riverside Church Inspirational Choir for eight soul-stirring performances "We really have such multi-dimensional, talented dancers. They know how to bring it on," Jamison says, noting that a big audience favorite, "Suite Otis," by Tony Award-winning choreographer and former AAADT company member George Faison, will also be on the program. Like Jamison, Faison is an example of the way Ailey nurtured his dancers' talent, a process that continues, thanks to Jamison's leadership style.

She calls it Ailey's "chameleon-like charismatic way of showing people that dance can come in so many different forms, and that dancers have this inexhaustible range of talent." Whatever you call it, it inspires a full-bodied commitment to a vision and a mission that continues to make the AAADT the most popular American modern dance company in the world. "Of course, you know I have a lot of wonderful help," Jamison adds, as she peppers her conversation with the names of AAADT dancers and staff members. Speaking of the upcoming gala, Jamison admitted that this popularity has its challenges. "We still have that wonderful challenge of seating at City Center. There have been so many people that have supported us and continue to support us over the years that you want to put them some place wonderful, but every seat has good sight lines at City Center."

"But, the biggest challenge for me," Jamison says, "is to make sure that everyone is having a good time, from the dancers to everyone in the Ailey family and our audience. For the dancers, there is no better time than when your body has the capacity to do such extraordinary things. You've got to enjoy it and love it, and that end result you get when we're on stage and you hear the audience start screaming--it's all worth it. It's all worth understanding the idea that dance is for everybody, that, as Alvin Ailey said so many times, 'dance is for everybody. It came from people and it needs to be sent right on back to them.' We're not dancing in a vacuum. I agree with him. For as long as I've been working with the company, it's a real labor of love. Ain't nothin' but a labor of love."

Now,audiences enjoying the celebration of the milestone 50th anniversary will be able to share the love.