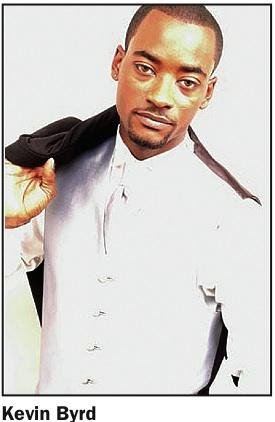 Kevin Byrd is a star when it comes to taking the stage, but he's also known for combining his passion for acting and a cause to save the lives of men across the country.

A man of many talents, Byrd is known best as an actor, producer, playwright, dancer and singer. But on the other side, he has also been blessed with the titles of motivational speaker, teacher, philanthropist and prostate cancer advocate. He has established his own nonprofit organization, the Brownbyrd Prostate Cancer Foundation.

At 28 years old, he's a strong advocate for prostate cancer, a disease that most men usually don't become concerned about until they are older. Byrd said the he became active about the cause when his grandfather died from prostate cancer in 2004.

"I didn't even know what prostate cancer was when my grandfather died," he said. "When I realized what it was, I also realized that there was something I needed to do to bring awareness to the world." Originally from Utica, N.Y., Byrd began acting as a child when his father got him into show business. He was only 8 years old when he performed with the Rhythm Lites Theater Group. Byrd moved to New York City in 2004 to attend Long Island University, where he earned his degree in speech, theater and communications.

Byrd has been performing since 1989, doing TV shows, movies and plays. Some of his most notable work includes portraying World War II veteran Lt. John R. Scott in the documentary "Honor Deferred" about seven Black men who received the Medal of Honor, seen on HBO, PBS and the History Channel.

The Hasbro toy company made an action figure into Byrd's likeness in a line of G.I. Joes honoring Scott.

Byrd does a one-man show titled "Release," playing six characters ranging from age 18 to 60. In the show, one of the characters was recently diagnosed with prostate cancer. "Release" debuted at the Player's Theater and has also been on tour.

This month, Byrd is kicking off his national tour, "Kevin Byrd's Interdenominational Tour to Cities Across America." Over the next several months, he plans to makes stops in churches across the country of various faiths to talk to people about prostate cancer.

He said, "This disease is killing a lot of men and this is a great way to serve the community more. I never thought the work would grow into this length."

Byrd is partnering with author and prostate cancer victim Rabbi Edgar Weinsberg, who wrote the book "Conquer Prostate Cancer: How Medicine, Faith, Love and Sex Can Renew Your Life."

"This is a really great team because it's a combination of a young man and an older man fighting for the same cause," Byrd said.

Along with his presentations and acting, Byrd's work has not gone unrecognized. Aside for the countless media coverage, he's been honored with proclamations from a number of government leaders, including former President George Bush, House of Representatives Speaker Nancy Pelosi, Gov. David Paterson and Mayor Michael Bloomberg.

In total, he has been honored by over 40 mayors and government officials across the country and has received over 40 proclamation awards. In his hometown of Utica, October 1 is designated as Kevin Byrd Day in honor of his tireless work. During Black History Month, February 2 has also been designated as Prostate Cancer Awareness Day.

Byrd said, "My voice is being heard. I wanted to become more informed about prostate cancer and I want to use my acting as a tool to get men to get tested for prostate cancer."