Lena Horne: An example for our times 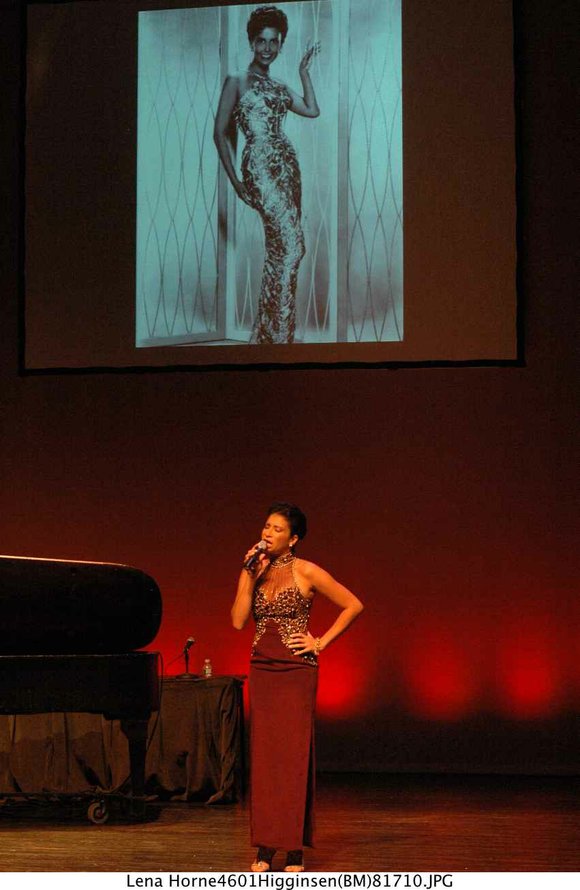 A tribute to the incomparable Lena Horne held at the Schomburg Center for Research in Black Culture on Marcus Garvey's birthday was replete with everything that Harlem is--a legacy of civil and human rights struggles, glamorous ladies and gents, historic institutions and legendary entertainment icons, of whom Lena Horne was one.

Rev. Jacques DeGraff excoriated the backers of the attacks on Harlem's leadership and called on those present to get their constituencies "to celebrate our leaders." Vast constituents were represented by the NAACP and NY State Rep. Hazel Dukes.

"Lena Horne helped to found the National Council of Negro Women," said Jeff Burns, Jr., who, with Lloyd Williams and Voza Rivers, produced the tribute as a continuation of the Harlem Week events.

Dr. Hazel N. Dukes, president NAACP New York State Conference and member of their National Board of Directors was one of the NAACP judges who nominated Lena Horne to receive the Spingarn Award. She reflected on Horne's beauty, "It was not about her physical beauty, it was about her soul and commitment to justice and fairness." Lena Horne was one of America's most dedicated civil rights activists.

Leslie Uggams, an actress and singer who was the beneficiary of Horne's activism, was also pinned in the Delta Sigma Theta society by her sorority sister Lena Horne, and cultural critic Harriet Cole who both sat as panelists with Dean Jannette L. Dates, Ph.D., acknowledged Horne's contribution to the world and image of Black women, and cautioned that we, "Share the positive stories of our people."

"The theme for this year's Harlem Week is Haiti's children," Rivers reminded the audience as he highlighted the celebration that presented the Paul Robeson Award to the Hon. Percy E. Sutton at the festival's Gracie Mansion kick-off this summer. Rivers noted that Randy Weston had been inducted into the National Black Sports and Entertainment Hall of Fame during the Harlem Week jazz gala at the Apollo and that on October 16, there will be another grand Harlem Week event for everyone to enjoy.

As the political struggle heats up in and around Blacks in Harlem and everywhere, Horne's example is a fitting one. This writer reminded those in attendance, "She was imbued with politics, and Lena Horne is a blend of politics and art without compromising either."