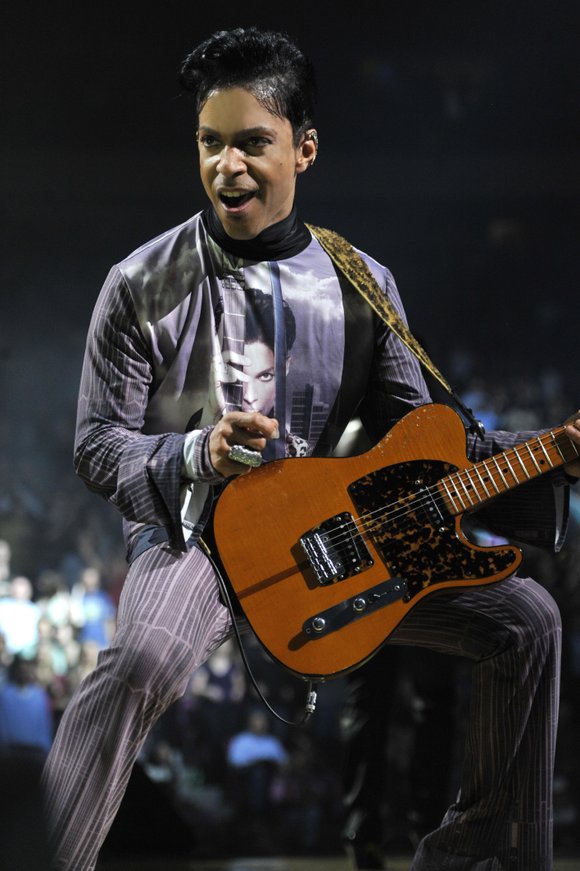 Prince charmingly pushed the capacity crowd at Madison Square Garden to a state of euphoria last Tuesday, thrilling and taking them to the fifth and highest dimension where body and soul merge, making it impossible for them to tear themselves away from their beloved idol on his "Welcome 2 America" tour.

Hence, when he did not return after the last encore, the reality set in that the phenomenal Jan. 18 concert was over. Then, finally, the multitudes slowly departed from MSG, talking amongst themselves, willing their minds to remember every facet of what they had been fortunate enough to experience. In essence, it was the greatest show on earth from their adored Prince; singer, producer, musician, global multimedia entertainer and activist--one of the most magnificent, significant and influential entertainers in the universe.

Presented by Live Nation Entertainment, Prince's highly lauded "Welcome 2 America" tour was a larger-than-life avant-garde extravaganza that presented the finest of music and dance, with imaginative sets and lighting designs topped with showbiz glitz, Vegas glam, and runway flair. It was pure spectacle, akin to a dazzling, cutting-edge Broadway show. This was masterpiece entertainment and it was fun. That's why no one wanted to leave! Prince's brilliant act was the hottest, fiercest and most exquisite ever.

At the top of the show, MSG, wrapped in darkness, waited expectantly for the drama to unfold. Slowly, a mysterious fog-like haze filtered up from various parts of the stage. Then came his voice. "Clap your hands!" And MSG applauded. "I got too many hits," was the cue for the overture to begin, and the rich, ethereal strains of the classic "When Doves Cry" floated ever-so-sweetly through the dark, cavernous venue before switching to a medley of the first few bars of other ageless and great Prince hits.

The stage lights came on. Red and green footlights illuminated the circumference of the stage designed in his trademark glyph love symbol. And there he stood. The inimitable Prince, attired in purple and gray striped slacks with a matching lilac and gray striped shirt, with a black Nehru collar and an image of his face on the front. As the two faces took in the crowd, everyone stood up simultaneously and paid homage to the legend, the recipient of seven Grammys, a Golden Globe, an Oscar, and a Webby. To the music genius who, in 2004, was inducted into the Rock & Roll Hall of Fame. To Prince, amongst whose credits are 11 No. 1 songs, and 22 top hits on the pop charts.

Prince immediately proceeded to work those songs. In so doing, he tantalized and re-energized, teased and pleased, moved and grooved. As confetti rained down upon MSG, Prince got into the first part of the concert with the international favorite, "I Wanna Be Your Lover." The Twins, two sexy young Latina dancers, joined the sensuous artist, and the trio got down, seducing the crowd with some racy moves. Then the dancers exited and Prince and his guitar (one of three for the evening) broke into "Shhh (Break it Down)" a gutsy blues number.