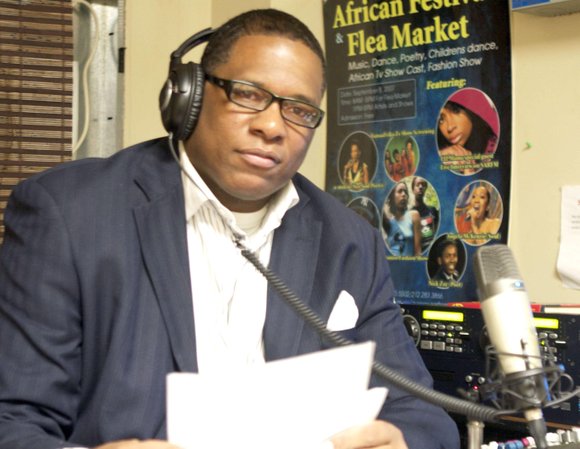 Single fathers frequently get a bad rap. They are often categorized as deadbeats and called "baby daddies." The very real and tragic social epidemic of single mothers and absentee fathers has become an accepted part of culture.

But, truth be told, there are many underlying issues that have contributed to this problem, the first of which is the systematic breakdown of the family unit. The welfare system encouraged women to have more and more children out of wedlock. This, coupled with the social-economic dynamic, has resulted in generations of children being raised by their mothers with little to no contact with their fathers or positive male role models. These children oftentimes grow up and repeat the cycle. But this is not always the fault of the fathers.

Rodney Harraway is on a mission to educate the public about this dilemma and to help single fathers who desperately want to be part of their children's lives. Harraway hosts an Internet radio program on SAR-FM Radio called "Real Talk with Rodney." The show is dedicated to the issue of single fathers, a subject Harraway knows well.

"The fatherhood initiative is my main focus," Harraway told the Amsterdam News. "This is my platform. It's a call-in, counseling and helpline. If you want to talk or vent, this is where you can do it. I rarely talk about anything else because this is my passion," he said.

"This was based on my life choices. I have five children by five different women, and now, in my early 40s, I'm facing the consequences of these choices. But instead of crying and complaining about a situation that I put myself in, my choice was to do something about it. I help other people by using my life as a blueprint.

"I grew in a two-parent home, but my parents were not around. They were always working. My father had other women while he was married to my mother. They divorced, and my father remarried three times. I found out as a teenager that I had an older brother.

"I became a single parent at 21 when my daughter's mother dropped her off at 6 months of age and never came back. My life changed forever. My daughter was about to be taken away by ACS. A friend called me and advised me to file for custody. I was a basketball star. I had two scholarship offers from Temple and Rutgers, which I had to turn down because I couldn't leave my daughter," he told the Amsterdam News.

"Later, I was involved in several long-term relationships, which produced my other children. These relationships, despite my best intentions, did not work out. I found myself repeating the cycle because I had no positive male figures in my own life," Harraway said.

"Most men from the inner cities don't trust the system. There are myths that if you don't pay child support, you'll go to jail--totally untrue. There are programs in place that fathers are unaware of. I help them navigate the system. Incarceration is a last resort. It's the biggest misconception that fathers have because information is just not available to them.