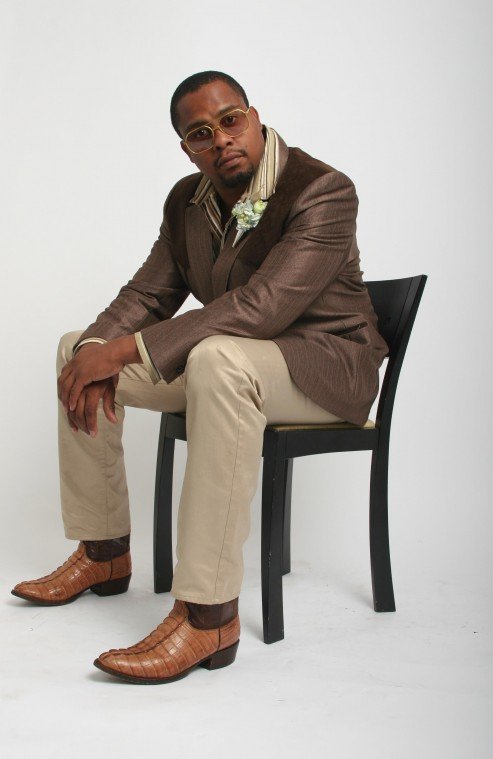 Floral arranger Ron Guialdo is blooming with passion when it comes to creating colorful masterpieces for special events and weddings. The Trinidadian immigrant has been in business with his own company, The Color of Magic, for the last 13 years and he's become a foremost authority on wedding arrangements.

Arriving in the United States at age 6 with his family, he grew up in the Bronx, where he participated in track and field and football. He got into the floral business at the age of 14 when a friend of his asked him to work at a wholesale floral company on the weekends to make extra money.

"I started cutting flowers, cleaning buckets, putting flowers on shelves and breaking them down," he said. "I like to work with my hands. New York City has the best flower market in the world."

One day while working, he endured harsh embarrassment when asked about the name of a certain flower. The experience fueled Guialdo to become an expert on flora, and he took an invoice and learned the names of over 200 varieties of roses.

He said, "After a while, people started to trust me and listened to what I had to say."

After spending years in the wholesale flowers business, Guialdo started his own floral company in 1997. He started the business in order to spend time with his newborn son at the time.

Since starting the Color of Magic, he's done several high-profile events for celebrities such as Chris Rock and Spike Lee. He's also done flowers for special events for the New York City Ballet and the New Jersey Performing Arts. His flowers can be seen regularly at the Four Seasons restaurant.

Guialdo said that it's his use of color and blending of exotic flowers that makes him stand out. His arrangements have appeared in Modern Bride magazine and wedding website TheKnot.com. He was recently given an award from the nonprofit organization inMotion Justice for All Women.

"When I started, everyone was using pastels and no one was using strong colors," he said. "I use combinations like pinks, blues and soft yellows, red, green and turquoise. I also use tropical and European flowers together. There are so many flowers and so many textures."

As he has made his living with flowers, Guialdo has not let his athletic abilities slip away. A superior track and field athlete, he started the Chelsea Greyhounds Track Club. The team has about 14 kids who participate in track and field from the Chelsea neighborhood and have been meeting for a year on a weekly basis Wednesday through Friday.

Two of his athletes, one including his son, are participating in the upcoming Adidas Grand Prix track meet at Icahn Stadium.

As for his business, Guialdo said he's far from over and said he wants to take things to new heights.