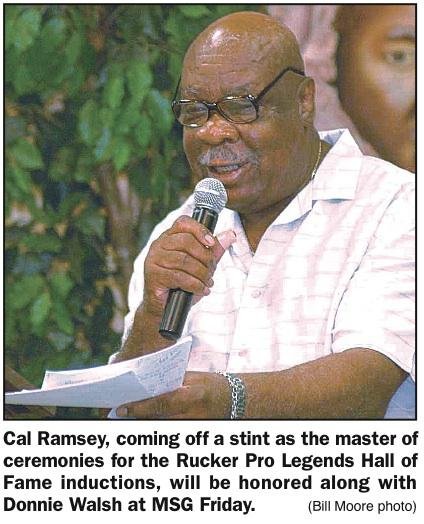 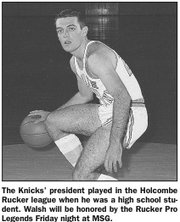 The late Holcombe Rucker founded the Holcombe Rucker League,a community program for youth that emphasized education through sports. Later, in the early '50s, Rucker added what he called "The Pro Division," a division that included players who had graduated from college, street players who were astoundingly talented enough to play with and against the early African-American NBA players of the mid-'50s and '60s.

When Ruck passed away in March of 1965, Bob McCullough, who had come off a tryout with the Cincinnati Royals, and Fred Crawford, selected by the Knicks in 1964 as the 26th pick overall, made it their mission to continue Rucker's league and work with the youth. It was a mission that lasted until the early '80s, when the Rucker Pro League came to a close. It was a league that was emulated and paved the way for summer pro leagues all over the nation.

Into that period of time came Donnie Walsh, a kid who graduated from Fordham Prep, starred at North Carolina, then began a pro coaching career that led him to a 20-year-plus stay with the Indiana Pacers as their GM and, later, president. Now,Walsh is trying to build a program at the Garden like the one Rucker built in the public parks of Harlem. Donnie is a Rucker alumnus who Holcombe reached out to in the late '50s. "When I started playing there, it was pure basketball," Donnie recalled. "It was a great experience for me playing in the high school division." Donnie's coach was the greatest coach in Rucker league history, Teddy Jones.

"He was so smart and knew so much about the game. I really enjoyed playing for him." Donnie was a familiar sight, as he and a pal, whose name we can't recall, would enter the park with their sneakers hanging around their necks. Donnie didn't know it then, but it was a fad that caught on around Harlem and then around the city.

"I just loved playing up there. It was a great feeling. Mr. Rucker was such a nice man. He put me on a team and took time with me. This guy was more than just basketball," said Donnie, who continues to be one of the special people in the NBA.