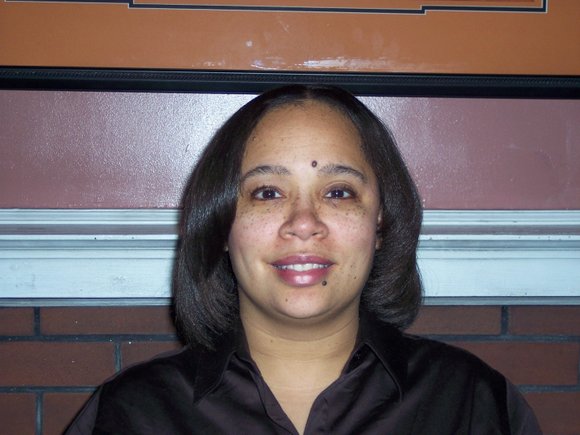 Tammy Greer Brown is taking matters into her own hands when it comes to improving education for children of color in Staten Island. With the help of neighborhood barbershops, she's slowing the education gap in the borough.

However, she calls herself an "education enthusiast," serving as the education chair for the NAACP in Staten Island. A wife and mother of two children of her own, Greer Brown said that Black and Latino children are often left behind in Staten Island public schools.

High suspension rates, referrals to special education and low literacy rates are a few issues that Greer Brown points to as troublesome for Staten Island students. She blames some of the issues on mostly white staffs running schools that have high populations of Black and Latino students, leaving a social and economical disconnect.

"The Department of Education in Staten Island is not supportive of [issues] concerning minority children," she said. "Currently, we don't have a voice that is heard, and they stay focused on their own issues and not on the disparities in the Black and Latino students. It really inhibits the learning process."

Greer Brown specifically names the Staten Island Federation of PTAs and the Community Education Council (CEC) as two bodies that have failed to address academic disparities. She even spoke of a racist e-mail sent last year by a white member of the CEC who later resigned because of the incident. She noted that the CEC never apologized.

She said, "There is no level of respect. They don't care. You can't work with people you don't respect. If you are not interested in our issues, then stay out of the way. We as a people cannot afford to bring people along because it looks good."

As result of the lack of support from the DOE in Staten Island, Greer Brown used her position as a chair in the NAACP to write a grant to bring in a literacy program last September. Using four neighborhood barbershops in Staten Island's North Shore community, Penguin Publishing donated books, setting up libraries in the barbershops.

Kids waiting in line to get haircuts are able to read books. The program also offers other programs, including one a few weekends ago at two barbershops for which over 100 people showed up. The program also gives away school supplies and holds discussions with authors.

"Kids are reading books," she said. "But what is happening is that this has become a springboard for other things. We are having open mics for children to express themselves through their own writing, workshops and showing films that relate to African-American life. We have utilized this, and we are planning to do more."

While the barbershop literacy program has been a success thus far, Greer Brown said that there is still work to be done to get students of color on Staten Island on an even playing field with their white counterparts.

She said, "I can't wait 'til the rest of the world sees that Staten Island has needs, too. We might have the least amount of minorities, but our issues are just as big as they are anywhere else in the city."