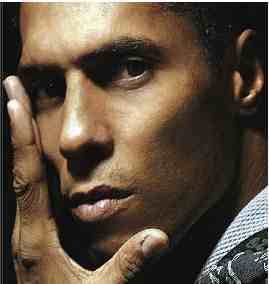 Taimak Guarriello might not be a familiar name to you, but if you are a fan of the cult classic film "The Last Dragon," you will undoubtedly recognize Bruce Leroy's face. Though it's been 24 years since the film was released, Guarriello still has the same broad smile and chiseled features that while walking the streets of New York often bring a cacophony of, "Can you show me some moves?" and "You sure look like a master to me" and other classic lines from the beloved urban martial arts movie. Some actors who are best known for one particular character bristle at the sound of their signature phrases or nicknames, but Guarriello, who is a martial artist, personal trainer and actor, humbly embraces his supporters.

"When I got the MySpace page, that was the quickest and most direct way to meet fans, and the love was just overwhelming. Almost instantly, I had thousands of MySpace friends. The fan base for the movie is very diverse. I have yet to see anything that matches it as far as the impact on different races, cultures and age groups on so many different levels." Like any good Hollywood tale, Guarriello almost didn't get the role that changed the course of his life. "On the first audition, I was stiff as a board because I was so nervous. Plus, I didn't really get the idea of acting yet. I was nothing like Bruce Leroy. I talked a lot. I cursed. I was a New Yorker!" Guarriello said with a laugh. But he managed to land the part after a second audition as a result of finally understanding the concept of becoming and knowing his character. "That audition came along when I was at a real crossroads in my life. I was 19 and had just won the New York State Kick Boxing Championship and I knew there was no money in that at the time, so I was thinking of going to school to get a degree in physical therapy." Born in Los Angeles to an African-American mother (a soul food chef) and an Italian father (singer/salesman), Guarriello moved to his parents' native New York when he was just 2 years old. From the ages of 7 to 14,the family lived in various places in Europe like London and Italy. "My parents really liked being in Europe. As an interracial couple, they felt more accepted and comfortable there than they did in the U.S. at that time," said Guarriello. The practice of the martial arts has been a passion of Guarriello's since he was in single digits.

Now considered to be a master (Did you read that, Laura Charles?), Guarriello has a black belt and is an expert in goju, goju-ryu, tae kwondo and jujitsu. Instead of fighting off Sho' Nuff (R.I.P., Julius Carry), Guarriello uses his skills to help other people reach their fitness goals. Along with Brenda Torres from the Center for Rehabilitation and Nursing, Guarriello travels to different churches and health fairs offering fitness tips and training. He hopes to become a public speaker and target young people. Additionally, Guarriello has a fitness DVD and works as a personal trainer. "Anything is possible. If you just have the discipline to do something once a week and your goal is to make it fun work--because it is work--then you can reach your goals. When I go running, I listen to disco music on my iPod, so it's like a disco party. It's funny. I laugh while I'm running," said Guarriello, who only eats seafood (he says it's the best fuel for his body) and works out five days a week. The physical, mental and spiritual discipline required to maintain Guarriello's skills and physique also come in handy for his acting roles. Since "The Last Dragon," Guarriello has appeared in numerous television, film and theater productions, including "A Different World," Janet Jackson's video "Let's Wait Awhile," the 2006 play "Cheaters." Currently, the ardent Barack Obama supporter is working on two independent films, an action film called "Repeat Offenders" and a drama called "Last Hours." As far as THE question, he is single. "I've been dating. There's been a lot of ups and downs in Hollywood, and I'd been trying to get a handle on that. It's difficult to go through and nurture a healthy relationship at the same time. It's a spiritual journey. I feel balanced now. I've learned to accept the dynamics of Hollywood and work to make things happen for myself. I'm more ready than any other time to explore the possibility of a relationship." To contact Guarriello about his DVD or his personal training business or just to say hello, visit his MySpace page at http://www.myspace.com/taimak or his official website at http://www.taimak.tv/.