'The Princess and the Frog' is great! 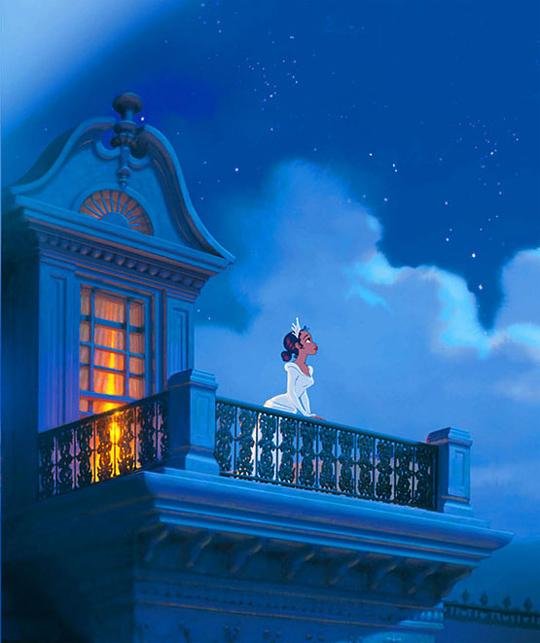 'The Princess and the Frog' is great!

HOORAY!!! HOORAY!!!! We have our first African-American princess who marries a Black prince--and you really do believe that they actually like each other. We all know about Cinderella and how she had a stepfamily that was mean to her and how she got married to the white prince. And there's Snow White, Ariel the mermaid, Sleeping Beauty and the princess from "Enchanted." But now Walt Disney can keep going and create an Indian princess, a Chinese princess and an Arab princess.

I love "The Princess and the Frog." It is so, so, so, so, so, so, so good. It is not like the other princess movies--it is so different. But when I got home, I started to cry because it took so long to get a princess that is Black. And that was all due to racism. Disney even had to change parts of the film because members of the Black community did not like certain bits of it. The release was delayed for months as a result. I think they did an OK job, although my mom wasn't impressed with their heavy references to voodoo. This is the 49th animated feature in the Walt Disney Animated Classics series.

My mom took my sister and me and three of our friends to see the movie. We all liked it, and, in fact, one of my friends was about to cry in the theater.

The movie is set in the French Quarter of New Orleans. The main character is called Tiana (voiced by Anika Noni Rose) and the story includes her mom, her father, the Frog Prince Naveen, the blind lady, the alligator, the firefly, and the villain. Tiana has a dream: to have her own restaurant, because she is such a great cook like her father.

She works hard to save the money to reach her goal. But she gets turned into a frog before anything can happen when she meets a prince named Naveen (Bruno Campos) who had been turned into a frog by the voodoo magician Dr. Facilier (Keith David). Naveen thinks that by asking Tiana to kiss him she can turn him back into a man. No--she turns into a frog instead!

There's a lot of music and singing in the movie and the story is interesting. For example, the prince's servant is working with the villain ... I am not going to tell you what happens next, but I think you know how it ends--because it is a fairytale, the prince and Tiana get married and live happily ever after.