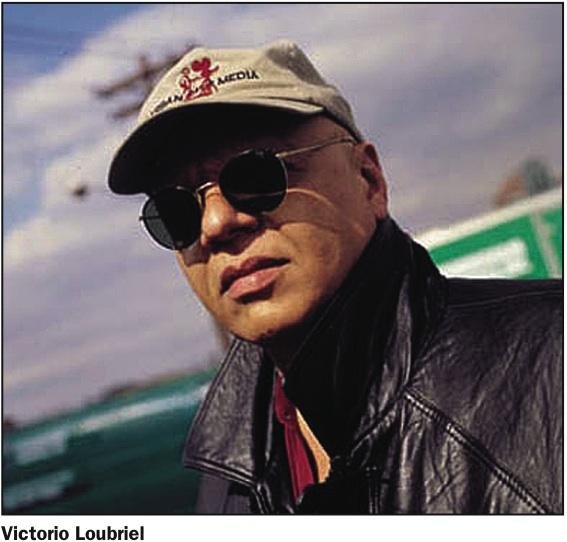 Harlem native Victorio Loubriel documents African-American life through the eyes of a lens for photographs and films. The 64-year-old is president of his own multimedia production company, NYCity Media.

Loubriel titles himself as a photo essayist taking pictures of various events that happen in Black culture in America, including the Sean Bell protests and the opening of the African Burial Ground in Lower Manhattan. As a film-maker, he aims to tell the world about events in Black history that might have been forgotten.

Born and raised in Harlem during the post-World War II era, Loubriel said that he saw many of the hardships first-hand that Blacks faced during the time. He credits his strong family as something he had that kept him in good sprits, especially his grandfather. "My grandfather inspired and educated me and made a difference in my life," he said. "He played a major role in my life. He took me to museums and art galleries and also made me listen to opera music."

Loubriel knew his great-grandmother, who lived to be 103 and was a former slave. He said that even though he was only 6 years old when she died, he was able to understand and retain lessons about his family's history.

Helping the community during the toughest moments of the Great Depression, his family owned a restaurant in Harlem that often gave away food to poor families. In order to make his own money, Loubriel was a shoeshine boy and has close ties to the New York Amsterdam News. He sold the newsaper to people as they came out of the subway. However, he had trouble selling the publication when people would have other newspapers like the Daily News and the New York Mirror.

Leaving Harlem at the age of 17, Loubriel joined the armed forces, serving nine years in the Marines and the Air Force. He recalls being in the service during the Civil Rights Movement.

One time in Jacksonville, N.C., he came face to face with the realities of Jim Crow at a diner where he was with a group of white Marines. Being the only Black in the group and in full uniform, he was denied service.

"Civil rights was not easy for us in the military in the early and late '60s," he said. "People didn't like us wearing the uniform. I used to hear stories from people about discrimination, and by then we had gotten full-blown in the revolution of the call, but we couldn't take part in any of it." While in the service he attended the historically Black Howard University in Washington, D.C. He calls the school his "spiritual alma mater." Loubriel's photographic work can be found on display in the basement of the school's library, the Moorland-Spingarn Research Center. An avid supporter of historically Black colleges and universities, Loubriel lends his work to schools as curriculum.

"I am an adamant supporter of HBCUs," he said. "They ensure that our race's history stays in tact and all of them have played a very important role in Black history." Loubriel is currently working on a book for National Geographic titled "We the People: A Photo Journey of African-American Life." He is also working on two documentaries, one about Black soldiers who served during the Civil War and another about the Montford Point Marines, the first African-Americans to serve in the Marine Corps.