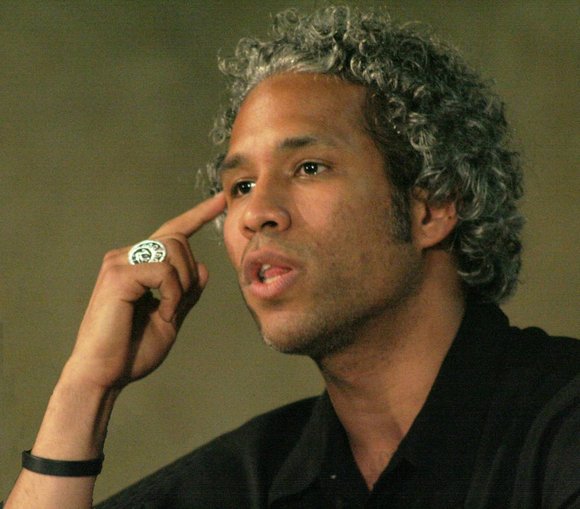 Khary Lazarre-White Esq. provides a shinning example of what a community nonprofit youth organization can become. He serves as executive director and co-founder of the Brotherhood/Sister Sol (BHSS). Celebrating its 15th year, BHSS currently serves as a beacon for youth in Harlem ranging in ages from 6 to 22.

His connection with the young people he serves can be attributed to the fact that he walked in their shoes not long ago. A native of Manhattan Valley in the northern section of Manhattan, Lazarre-White said that he grew up in a multicultural community.

"There were few major differences between then and now," he said. "Back then, the community was more responsive to issues. It was also a more politically active time."

Graduating from Fieldstone Preparatory School in the Bronx, Lazarre-White decided to go to Brown University. While at the Ivy League school, he served as president of the Black Student Union and majored in Africana studies, focusing on Brazil, Caribbean and Southern Africa. He also spent time studying in Jamaica at the University of the West Indies.

During his senior year at Brown, he and childhood friend Jason Warwin, who also attended Brown, started working with Black and Latino male teens in a public housing development on the south side of Providence, R.I. The two focused on leadership development and pan-African and Latino history, a formula proven to be successful, giving birth to an organization called the Brotherhood.

"It was really in the summer after that, that we knew this was something we wanted to bring to New York," Lazarre-White said. "There were issues related to create our own program to do our work here in Harlem."

In 1995, Lazarre-White brought the Brotherhood to New York City, starting at two high schools in Manhattan. Realizing that the same model was needed for young women, he brought on female leaders, creating the Sister Sol side. Today, the organization is co-ed.

After leading the organization for six years, Lazarre-White wanted to be a better soldier for the community. He went to Yale University Law School, where he studied criminal, constitutional and civil law. Today, he serves as a practicing attorney, providing legal services and counsel for many of the families who participate in BHSS.

"Since I was a child, a part of me has been consumed with social justice," he said. "It's the only path I could have made for myself."

To date, BHSS has helped well over 1,000 young people and boasts a staff of about 16. The organization is situated in a brownstone on 143rd Street that was acquired in 1999. The center serves as an oasis for urban youth, complete with space for art, a computer lab, a library and homework help. BHSS also sends young people on trips to Africa and Latin America.

He said, "There are many things I want to do in life. Whatever I do in my life, I want it to remain in the realm of working in social justice and changing the community."