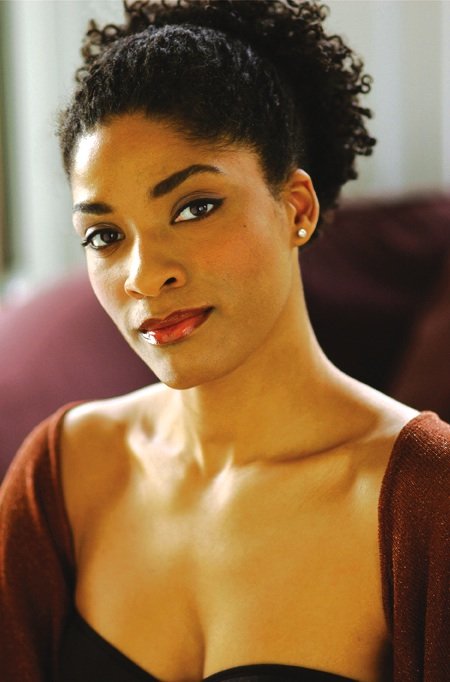 This week, I checked in with musicians I've featured in previous Suite Sounds articles, and they had lots of news to share! If you love classical music, get your calendars out. Here's just a sampling of the wonderful events on offer from our friends in the arts.

New Yorkers unable to hear her radiant voice on Sept. 11 will have another chance on Friday, Oct. 28 at 8 p.m. at the Church of St. Matthew & St. Timothy (26 W. 84th St.) in a concert entitled "Hymns, Hers: Works for Solo Female Voice," a unique a capella concert. Admission is a $10 donation or free with a student ID. Danrich will have just returned from a distinguished artist residency in Cincinnati, Ohio.

Saturday, Oct. 15, composer and pianist Courtney Bryan conducts "Music and the Black Church," a symposium at Bethany Baptist Church of Newark (275 West Market St., Newark, N.J.). Columbia University professor of religion Dr. Josef Sorett will speak and choral directors from our area will share in a public dialogue about the role of the minister of music in today's church.

Checking in with Imani Winds, the premiere woodwind quintet based in Harlem, I learned the group just wrapped up the second annual Imani Winds Chamber Music Festival on Aug. 6. This festival, housed at the Juilliard School, hosted players from across the nation and over 75 music programs.

This week, Imani Winds performs in Taos, N.M., but they're slowly making their way back up to New York-concertizing in Oklahoma, Tennessee and Florida along the way-for Oct. 16's SONiC Festival with the American Composer's Orchestra at Miller Theater (West 116th Street and Broadway). Then it's off to France and Germany for a European tour. Jan. 19 they'll be back at Carnegie Hall for "The Last Resistance: Chamber Music by Mohammed Fairouz." Look to www.imaniwinds.com for more.

In November, conductor Philip Nuzzo, whose Metro Chamber Orchestra brought Leona Mitchell back center stage for one of the best recitals of the year, will stick to his winning formula when he brings mezzo-soprano Isola Jones back before a New York audience. They'll commemorate the centennial of Gustav Mahler's death as Jones sings his Ruckert-Lieder, looking and sounding gorgeous as ever. Contact

Wednesday, Nov. 9 is the Martina Arroyo Foundation's fundraising gala-replete with cocktails, an auction and dinner-at Jumeirah Essex House in Manhattan in support of its tuition-free summer program for opera singers. Entertainment will be sumptuous as Metropolitan opera stars Stephanie Blythe and Eric Owens take the stage with members of the Prelude to Performance program. Jennifer Raab, president of Hunter College, is the honoree. For more information, call (212) 315-9190.

The Martina Arroyo Foundation will hold auditions for the Prelude to Performance program Dec. 16-18, Jan. 13-15 and Feb. 10-12. The program is an intensive six-week study-performance experience (June 4-July 16) for emerging opera singers where artists perform complete operas with an orchestra, fully staged and costumed. Contenders for next summer's operas are Mozart's "Cosi fan tutte" and Verdi's "Falstaff." Opera will be performed at the Kaye Playhouse at Hunter College. Call (212) 315-9190 or visit martinaarroyofdn.org for an application.

And finally, a celebration is in order for director Helen Cha-Pyo, coordinator Diana Solomon-Glover and the Harlem Jirani Ensemble and Kenya Jirani Choir, as they successfully began their first world tour together! They premiered "Land of the Living," a children's choir piece with trumpet and violin by Mark A. Miller, last week at Drew University in Madison, N.J. They followed it up with another performance at Yale University's Battell Chapel, and were featured on NY1 News by anchor Cheryl Wills.

Coming soon: A full digest of the goings on this season at Harlem Chamber Players!