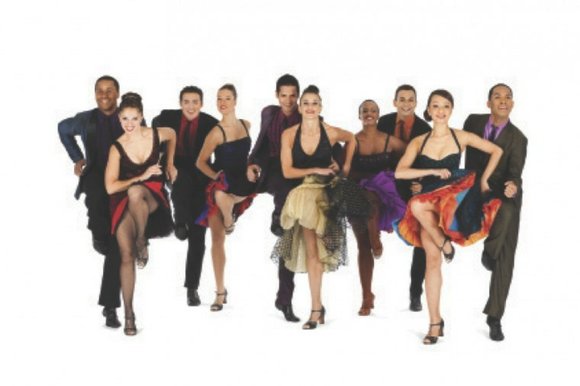 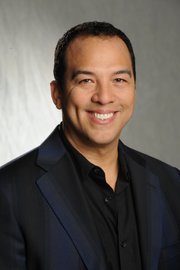 On Saturday, Dec. 17, the Apollo Theater will pulsate with the fusion of expressive Latino movement and contemporary athleticism when the nation's preeminent Latino dance company, Ballet Hispanico, sweeps onto the iconic stage, buoyed by the music of the Afro Latin Jazz Orchestra.

"Synergy" is the word Ballet Hispanico Artistic Director Eduardo Vilaro uses when talking about the company's upcoming Apollo performance. The evening will reflect a blend of his Cuban roots, his training at America's best dance institutions, including the Alvin Ailey American Dance Center, and the vision of Ballet Hispanico's founder: a company that reflects the rainbow of Latino cultures from around the world.

Ballet Hispanico's evening at the Apollo will do just that with a 90-minute program featuring three unique pieces-"Asuka," "Club Havana" and "Tito on Timbales"-all set to the live music of Grammy Award winners Arthur O'Farrill and the Afro Latin Jazz Orchestra. As someone who has enjoyed the infectious rhythms of Cuba in Havana and Santiago de Cuba, let me assure you that this program promises to be quite magical.

"Asuka," a play on the word "azucar" or sugar, is the first work Vilaro created for Ballet Hispanico. He says it is a tribute to the life and talent of one of music's most inimitable voices: Cuban-born Grammy Award winner Celia Cruz.

Vilaro said, "It's no secret the impact Celia Cruz had on the Latino community. However, what was remarkable was her ability to touch the souls of people around the world through her music." How fitting, since Cruz has rocked the Apollo on many occasions, beginning with her 1964 debut at the theater. Without fail she blew audiences away singing with some of the biggest names back in the day-Machito, Cal Tjader, Willie Bobo and South African singer Miriam Makeba. Vilaro says his dance, "Asuka," will embody Cruz's electric musical vibe.

Also on the program is one of Ballet Hispanico's signature works, "Club Havana," choreographed by Pedro Ruiz, also a native of Cuba. Incorporating the intoxicating rhythms of the conga, rumba, mambo and cha-cha, "Club Havana" captures the essence of what Vilaro called "the glory years" of the '50s.

The third piece on the program is "Tito on Timbales." Set to the music of the legendary Tito Puente Sr., it is a tribute to the master of Latin jazz and salsa whose sophisticated patterns and impassioned rhythms have always been magical.

One of the true treats of the Ballet Hispanico Apollo performance will be the fact that all of the dances will be accompanied by the magically infectious music of O'Farrill and the Afro Latin Jazz Orchestra. Can you imagine a better way to enjoy dance than by watching the elegantly energetic company that Vilaro calls an "ensemble of soloists" embody music's rhythms in a theater known for making magic? Talk about synergy!