Rangel remembers: Lessons to be learned from the Montgomery Bus Boycott and 13th Amendment 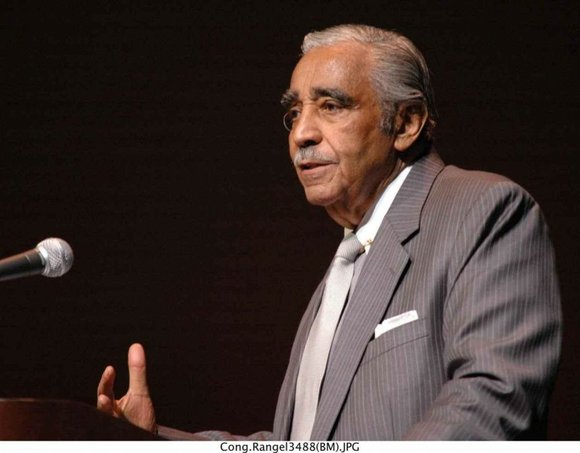 This week marks the anniversaries of the Montgomery Bus Boycott and the ratification of the 13th Amendment. Separated by almost a century, these two events are forever intertwined in signifying America's ongoing endeavor to be a truer nation of equality and freedom.

The 13th Amendment to the U.S. Constitution officially abolished and continues to prohibit slavery and involuntary servitude. It was passed by Congress on Jan. 1, 1865, and adopted on Dec. 6 of that year, while America began to mend its many wounds caused by years of bloody civil war.

The amendment solidified President Abraham Lincoln's Emancipation Proclamation and gave true meaning to the words in his Gettysburg Address: "We here highly resolve that these dead shall not have died in vain-that this nation, under God, shall have a new birth of freedom-and that government of the people, by the people, for the people, shall not perish from the earth."

During the Montgomery Bus Boycott, which began on Dec. 5, 1955, Blacks throughout Montgomery, Ala., a city flooded with racism, refused to ride the city's segregated public bus system. During the 381-day boycott, the homes of civil rights leaders Dr. Martin Luther King Jr. and Ralph Abernathy, along with four Black Baptist churches in the city, were firebombed. Dr. King was imprisoned and peaceful boycotters were beaten. Despite these threats, the brave men and women of the Montgomery Bus Boycott remained resilient and courageous for the sake of justice.

On Nov. 13, 1956, the Supreme Court ruled that Alabama's racial segregation laws for buses were unconstitutional. The Montgomery Bus Boycott's victory resonated throughout the United States, igniting the Civil Rights Movement and greatly inspiring me as a young Black man in Harlem to become a lawyer and later an assistant U.S. attorney to fight to uphold the true meaning of our Constitution, that is, that all men are created equal.

When I marched with Dr. King from Selma to Washington on March 7, 1965, we were not just marching for Black rights, but also for the rights of everyone in America. The Civil Rights Act of 1964 had been passed a year before, but we knew there was still more to be done. There were moments during the 54-mile journey when I had doubts, but I had faith and hope that if we kept on our course of peace and conviction, we were marching toward racial equality in our nation. Ultimately, on Aug. 5 of that year, Congress passed the Voting Rights Act of 1965, banning discriminatory practices that silenced Black voters across the country.

While we have overcome many injustices over the past 50 years, in our current state of economic inequality, Blacks continue to be at a disadvantage. Recent unemployment reports showed Black unemployment has risen to 15.5 percent in November, while the national unemployment rate dropped to 8.6 percent. We have much more strides to make to ensure Blacks are not left behind as our country attempts to regain economic stability.

Although the 13th Amendment came at the sacrifice of countless American lives, the Montgomery Bus Boycott proved that even in one of the most racist and segregated places in America, nonviolent protest and determination could trump violence and hatred. When we marched from Selma to Washington, D.C., we never raised a hand in anger, yet we changed the course of democracy in America.

Today, 99 percent of Americans face economic inequality. It doesn't make sense that the top 1 percent of the richest Americans own 42 percent of our nation's wealth. How can millionaires pay lower taxes than middle-class families who work hard every day to make ends meet? We must come together to uphold the rights our past generations have fought for.

For America to take another step towards being a truer nation of equality and freedom, everyone must pay their fair share. We can transcend our nation's faults once again and echo the famous words, "We shall overcome."