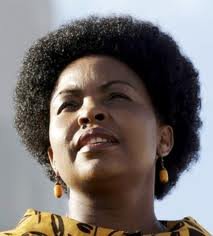 Dec. 13 (GIN) - A deal to curb toxic emissions was hammered out at the U.N.-sponsored climate conference in Durban, South Africa but few were happy with terms. "Real action" is put off until 2020 - a date some activists called "a crime of global proportions."

Thousands of environmental activists and government officials attended the confab which received minimal press coverage in the U.S. despite its critical importance - namely slowing global warming which has caused fierce droughts and other extreme weather conditions around the world.

U.S. climate envoy Todd Stern praised the effort. "We got the kind of symmetry that we had been focused on since the beginning of the Obama administration. This had all the elements that we were looking for."

However, others expressed disappointment with the outcome. "An increase in global temperatures of 4 degrees Celsius, permitted under this plan, is a death sentence for Africa, Small Island States, and the poor and vulnerable worldwide," warned Friends of the Earth chair Nnimmo Bassey, of Nigeria.

"Africa is off the map," added Bobby Peek of groundWork, a South African-based environmental justice organization. Yet Africa is the [continent] that is going to burn because of the indecision and the weak decisions that have come out of this gathering here in Durban,"

The agreement includes both developing and developed countries, including the three biggest polluters - the US, China and India. Previously, developing countries like China and India were not required to limit their emissions under the Kyoto Protocol, whereas the US had boycotted the Protocol altogether.