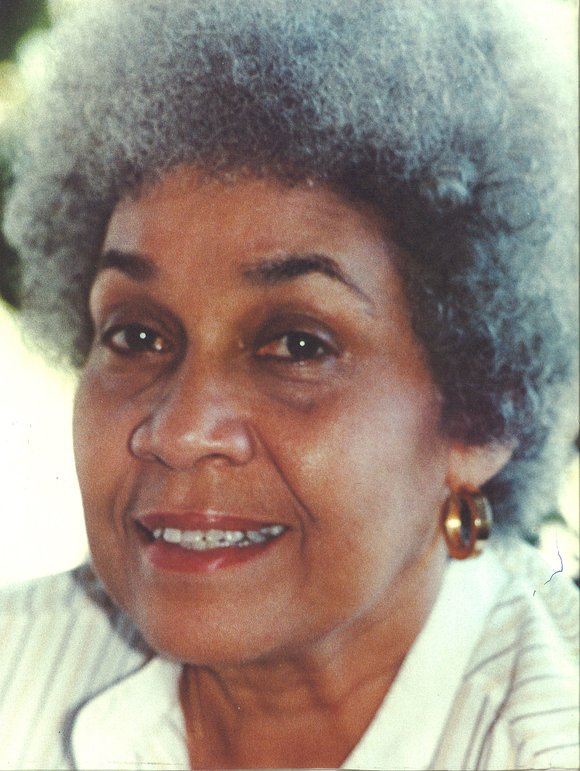 Mrs. Hilda E. Stokely, known to many as a committed, take-no-prisoners fighter for those in the Harlem community who have no voice or whose voices are ignored by the power brokers in New York City, made her transition on Monday, Dec. 19 at St Luke's Hospital. She was surrounded by her loving family.

Shortly after arriving in New York from North Carolina, Stokely demonstrated the skill to quickly identify a need, moral strength and a downright "take it to the street" attitude. During the '50s, she was elected president of P.S. 24's parents association.

As president of the parents association, she clearly saw that the issues facing parents and their children were consequences of the larger problems faced by the Black community, including the lack of a Black presence in the halls of government.

This realization led her to become directly involved in the electoral political structure of Harlem; join the Kanawha Democratic Club, which was dominated by Italian males; and become elected female district leader of East Harlem's 68th Assembly District. As a co-leader, she had equal status with the male leader, a first for the party office.

As district leader, Stokely spent countless hours serving those in need, whether by skillfully debating New York City's leading political and corporate power brokers and convincing them to do the right thing for Harlem, delivering Thanksgiving dinners to needy Harlem families or challenging youth to get back on the right track.

Her dedication and hard work led to an appointment as housing and education consultant to the first African-American female Manhattan borough president, Constance Baker Motley. Stokely served several borough presidents until her retirement. Her accomplishments were honored with numerous awards, including two citations from the Office of the President of the Borough of Manhattan.

During this same period, she published the Delegate alongside the late C. Melvin Patrick. The journal nationally chronicled Black America's achievements in spite of institutional racism and discrimination. She founded "The Friends of Mt. Morris Park" (also known as Marcus Garvey Park), which led to the construction of an amphitheater and Olympic-sized swimming pool there and the awarding of the first city contract to a Black architectural firm. Stokely also created the Pan-Hellenic Career Conference, opening the door for Harlem youth who were previously denied scholarships and career options.

Stokely lived in her beloved Harlem until her death and understood the importance of preserving and improving this jewel for its residents. She refused to flee to the suburbs with many others.

Her life's work and legacy remain a guiding light for her family, friends and constituents. Stokely is survived by three children, Brenda Stokely, Madlyn Stokely and William L. Stokely Jr; five grandchildren; and five great-grandchildren, not to mention a host of "adopted" children and grandchildren who span the globe.

The family will hold a private service, and written condolences or flowers may be sent to the Stokelys at 12 W. 123rd St., New York, N.Y. 10027. A public life celebration to honor Hilda Stokely will be held in February 2012.