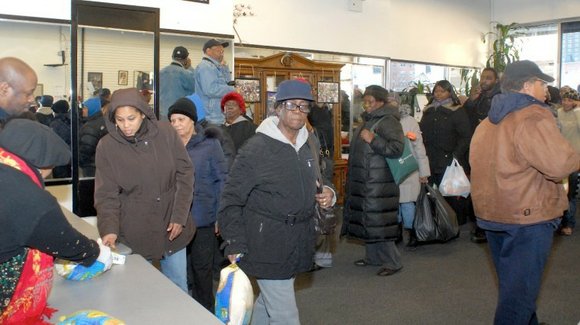 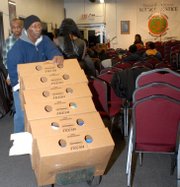 Continuing with its commitment to better the community, the National Action Network (NAN) is making the holiday season brighter for many city residents.

On Monday, NAN gave away over 3,000 free turkeys to community residents. The turkeys were donated by boxing promoter Don King and delivered to NAN's Harlem headquarters, the House of Justice, early in the morning.

The Rev. Al Sharpton was on hand at his headquarters to hand out turkeys to anyone in need.

"It's one of our favorite things to do," said Rachel Noerdlinger, spokesperson for Sharpton. "There are so many people who have gone without this year. We are still coming out of this so-called 'recession,' and some people just don't have it. This is NAN's way of saying thank you for supporting us."

On Christmas Day, NAN will open their doors from 10 a.m. to 3 p.m. to the community for its annual Christmas celebration, during which they serve food and give away toys.

"You don't necessarily have to be homeless; you just have to be hungry and in need," said Sharpton's daughter Dominique. "We give toys away to children, from newborns to 18 years old, and we basically solicit from the community, supporting all local businesses who donate food for the holidays."

Along with Sharpton, Mayor Michael Bloomberg and other elected officials are slated to be at the House of Justice on Christmas Day. Actress Gabourey Sidibe will also be at the gathering.

"NAN keeps their doors open year-round for those in need, but on Christmas especially it's very important because this is the season of giving. We have to show the community that we are here for them in these times," said Dominique.