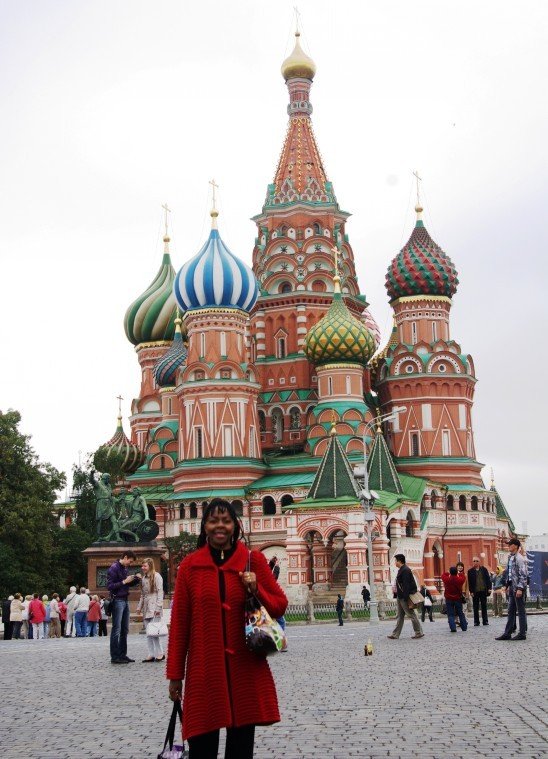 Donna Walker-Kuhne is making her mark on the world. She is not only the founder and president of Walker International Communications Group, her marketing company founded in 1984, she is also an expert in theater audience development.

Walker-Kuhne, who holds a BA in history from Loyola University and a law degree from Howard University, recently visited Russia. She was there participating in the U.S.-Russian Bilateral Presidential Commission, a commission created by President Barack Obama to foster cooperation between the United States and Russia in many areas, including theater audience development.

From Sept. 10-18, the U.S. government sent Walker-Kuhne to Russia on an all-expenses-paid trip to share her expertise on theater audience development. The only person there representing the United States on the topic, she held 12 workshops, meeting with the Russian Academy of Theatre Arts, Russian State Humanities University, Moscow Art Theatre School, Moscow International House of Music and the International University.

"I focused on sharing 10 tools for building audiences. It's a template of how to frame your marketing efforts. I did a lot of case studies; I focused on creating access, social networks, utilizing media and advertising, building relationships with audiences, creating partnerships and finding out what the audiences are interested in," Walker-Kuhne said.

"You have to do market research. They did work groups to create strategies and they would report the strategies-it was the first time they did that," she continued. "They appreciated it because they said their ideas and I commented on what I heard.

"There was such an openness; they had requested me, there was a real sense of appreciation. I talked to theater directors who had been there for 20, 30, 40 years and shared their war stories, and I shared what we have gone through developing audiences," she added.

Walker-Kuhne was proud to represent the United States and Black people. Reflecting on her workshops, she admitted, "I was excited. The workshops gave them a tool. They had something to begin to work with. I told them to choose one thing and begin to do it very well. How I teach is heart to heart," Walker-Kuhne said.

Walker International Communications Group is located at 293 E. 18th St. in Brooklyn. Walker-Kuhne made the trip to Russia accompanied by her husband of 15 years, Bret, and their 9-year-old daughter Theresia.

Walker-Kuhne is one of 2008's 25 Most Influential Black Women according to The Network Journal Magazine and is a 2009 Brooklyn College Managers for the Arts Salute Award winner. She is an adjunct professor at New York University, Columbia University and Brooklyn College.

Walker-Kuhne serves on the boards of the Theater at Riverside Church, Harlem Arts Alliance, Brooklyn Arts Council, Dance USA and International Theater and Literacy Project. She is vice-chair of the Greater Harlem Chamber of Commerce, Arts, Culture and Entertainment Committee and a member of the Broadway League.

She is also an author. Her first book, "Invitation to the Party: Building Bridges to Arts, Culture and Community," was published in 2005. Walker-Kuhne is a volunteer with SGI-USA, a worldwide peace organization, and serves as vice director for New York. She is a licensed minister of ceremonies for New York State.

A veteran of over 17 Broadway productions, her clients include Alvin Ailey American Dance Theater, the Apollo Theater, WNYC Radio, Dance Theatre of Harlem and Berklee College of Music. She is co-founder of Impact Broadway, a social and technology-driven audience development initiative serving 150 African-American and Latino students throughout the five boroughs of New York City. Students have participated in Broadway productions, social networking, seminars and lectures.