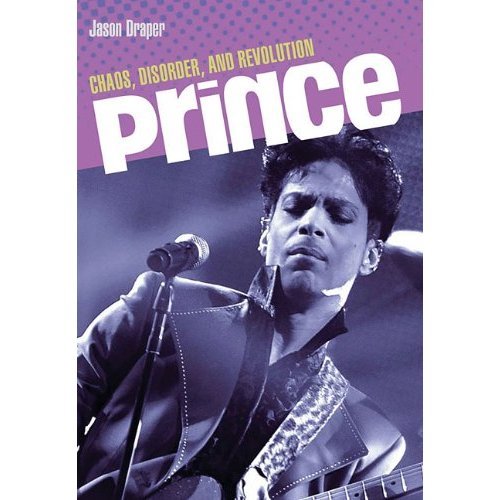 As a musical performer, Prince has rocked, rolled, and thrilled audiences around the world for more than 30 years. A sizzling new tell-all about Prince Rogers Nelson will shed some additional light on the outrageous, controversial, yet hugely entertaining musician, for his legion of die-hard fans and hardcore critics.

The book, "Prince: Chaos, Disorder, and Revolution," by music critic and journalist Jason Draper, is a revealing and, at times, emotionally charged tome about the life of one of the worlds most entertaining and exciting performers-Prince, or "the Man in Purple," and several other less flattering descriptions that have been hurled at the short, tacit man with the dark hair and deep, foreboding eyes. Aside from the glitz, the tight pants, the platform shoes, the pounding music and flashy stage ensemble, Prince the musician was not born with a silver spoon in his mouth.

Born on June 7, 1958 in Minneapolis, the short and awkward little boy had an odd aura about him. The product of what some may call a dysfunctional family-an abusive father and aloof mother-his parents split when he was a kid. The author writes, "Prince didn't stay with his father for very long. In 1972, he moved to Central High, where he began to come into his own. He was still a quiet, shy boy who walked around in denim flares, knitted tank tops, and an Afro, and he spent his lunch breaks practicing alone in the music room-in part to avoid his schoolmates, who seemed happy making life difficult for the introverted teenager."

After a series of setbacks, comebacks, losses and wins, Prince hit pay dirt in 1984 with the release of one of the biggest selling albums at the time-"Purple Rain." At the time, Prince was only 26 and became a global superstar, a far cry from his humble beginnings of making music in obscure and out of the way places. The author writes, "Taking his lead from the flag-bearers of funk-Sly Stone, James Brown and George Clinton-Prince imbued his art with his idiosyncratic view of life, turning out music from the mind of a sex-obsessed deviant and a bomb-fearing party animal to a God-fearing man searching for ways to reconcile the spiritual with the sexual."

It should be mentioned that each of Prince's albums have both overt and subliminal messages inscribed in them-a common practice in music making, however, Prince seems to have a much more cogent way of telling a story of self than some of his contemporaries. He also takes a direct approach to controversial issues. For example, he told a Detroit DJ, "I have a sort of F-you attitude. I make [music] for myself and my fans, and the people who supported me through the years."

Finally, "Prince: Chaos, Disorder, and Revolution" is an enthralling book and a must read for the thousands of Prince fans out there. Biographer Draper is to be commended for taking the time to research, interview and sort through thousands of newspapers, magazines, and blogs in a convincing effort to present a complete and accurate portrait of a man called Prince.