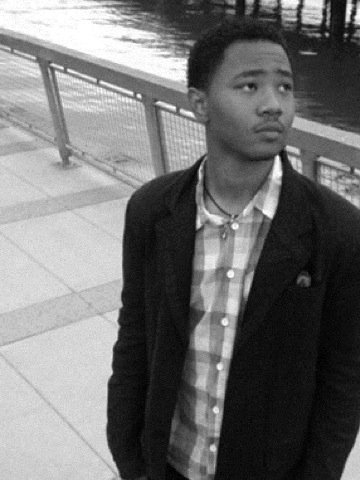 What comes to mind when you think of people of the Lesbian, Gay, Bisexual, Transgendered and Queer/Questioning community? As with most, there are many stereotypes associated with them.

Eighteen-year-old Terry Dixon, born and raised in Harlem, is working on his second documentary about young, LGBTQ, minority teens in New York and says, "I am trying to break stereotypes and really show what the LGBTQ community is about."

Dixon wants to combat the misunderstandings about the LGBTQ community that he believes many have. "They do not really know what it's like to be out, closeted, feminine, being kicked out, etc. This film will give many people a general look at the lives of teens that are [basically] looked down upon."

In 2008, after graduating from the Ghetto Film School, a school in the Bronx dedicated to teaching NYC youth, Mr. Dixon found his passion in filmmaking and, more recently, photography. He was also given the opportunity in 2008 to go to Uganda, where he helped make his first film-called "Live, Joseph"-a Ugandan comedy set in the present day.

Dixon said his new documentary will be quite different and "will consist of Black and Latino teens of the LGBTQ community who are feminine, masculine, closeted [or down low], transgender, bisexual, and lesbian. Many of whom are close friends [of mine]."

The film is currently in production and is expected to be completed in December.