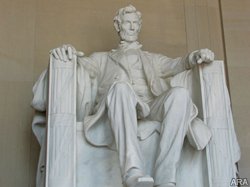 It's true that America is still a relatively young nation, but that doesn't mean that its history is anything less than exciting - something that anyone on a Washington DC tour quickly learns.

The nation's capital is filled with historic sights and museums packed with notable American memorabilia - in fact, a visit is the perfect way to bring the past to life, whether you're 8 or 80. You can explore almost every aspect of the country's growth and development right here - from the Native Americans who first inhabited the region to the upheaval of colonial times to more modern history, like World War II.

With so much to see in the surrounding historic areas of the East Coast, it can be difficult to determine just want you want to do - and what you can't fit in - unless you take a Washington DC tour. Companies like Tauck specialize in creating itineraries that capture the best of the area, and can save you up to 40 percent off what you'd pay if you arranged your Washington DC tour independently.

Because the surrounding region is just as richly imbued with American history, a Washington DC tour should also take in sites in Pennsylvania and Virginia. These are just a few of the places that will immerse you in the exciting events that made America what it is today.

* Philadelphia - The City of Brotherly Love was the scene of some of the most important developments in early America. Get a feel for the city's atmosphere on a carriage ride through its cobblestone streets, then visit Independence Hall and the Liberty Bell.

* Gettysburg - Perhaps no place is more representative of the hardships of the Civil War than the battlegrounds at Gettysburg National Military Park. Take a tour with a National Park Service guide to learn about the intricacies of the decisive battle. Tauck's Washington DC tours include a special evening event with a storyteller in period dress who tells the story of a Gettysburg civilian caught in the fighting.

* Williamsburg - It's easy to feel a part of history in Colonial Williamsburg, which has been restored to look much the way it did when it was Virginia's colonial capital. Explore the city with interpreters in period dress and dine out at an authentic colonial-era tavern.

* Mount Vernon - Visit the estate of the first President and icon of American history, George Washington. The site has been wonderfully preserved and makes for a memorable excursion, thanks to its beautiful grounds and fascinating interactive museum.

* Washington DC - The culmination of your Washington DC tour is the opportunity to explore the monuments and sights of the nation's capital. Pay homage to those who have fought for freedom in World War II, the Korean War and the Vietnam War, and tour the Lincoln Memorial and Capitol Hill. Cap your experience with a thrilling evening of mystery at the International Spy Museum.

After experiencing a Washington DC tour that takes in the capital and other nearby historic sites, you'll feel more in touch with the rich history of America.