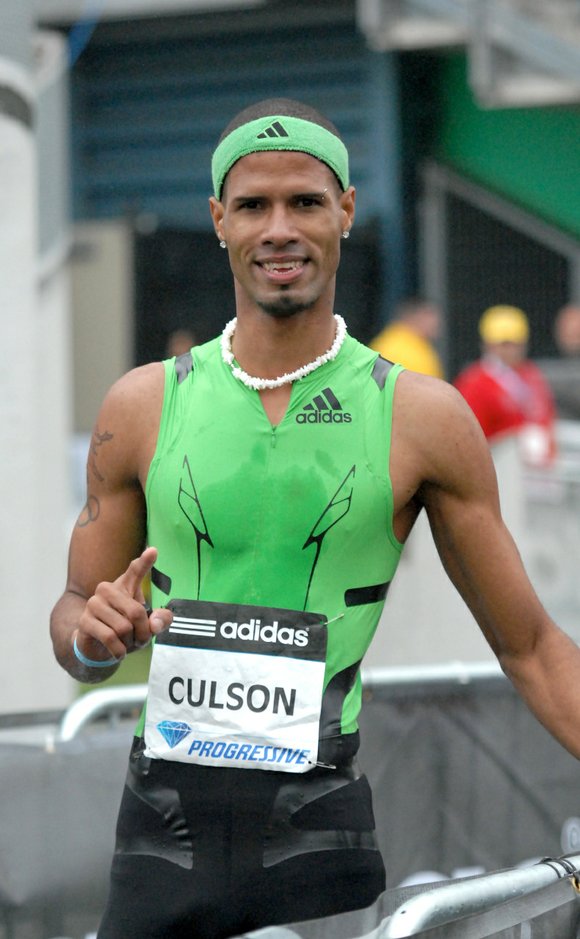 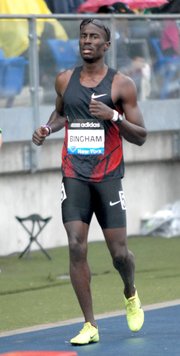 Oscar Pistorius, a double-amputee known as the "Blade Runner," was staring down a strong field this past Saturday in the 400 meters at the Adidas Grand Prix--a field that included four-time Olympic medalist Jeremy Wariner.

With temperatures barely rising above 60 degrees and a bothersome drizzle dropping from an overcast sky, it was unlikely that the 34-year-old South African would cross the finish line ahead of the field on the damp Randall's Island track.

At minimum, Pistorius was hoping to record a time of 45.25 or better, the Olympic "A" qualifying standard. Speeding on carbon fiber prosthetic legs, it was not to be, as he clocked 45.69, placing him four notches behind winner Jeremy Wariner (45.13). Nevertheless, Pistorius, born without fibulas in either of his legs, was undeterred.

"I'm unbelievably happy," he said. "If we have the right conditions, a good lane and competition like we had here today, the times are definitely going to come this year."

American Tyson Gay had no illusions of surpassing Usain Bolt's meet record in the 100 meters, a blazing 9.72 set in 2008. But Gay was confident he could be first and better his training partner, Jamaican Steve Mullings.

After three false starts by other entrants, Gay sat in the blocks and had a slow start. The outcome was him and Mullings posting matching times of 10.26. A subsequent electronic photo revealed Mullings to be the victor.

"I know Tyson has a strong finish," Mullings said afterwards. "I knew Tyson was going to be coming so I was just holding on for my life."

In perhaps the most impressive showing by a male competitor, American Lukas Verzbicas ran a stunning 3:59.71 in the Boys' Dream Mile, making him only the fifth athlete in U.S. high school history to run a mile in under four minutes.