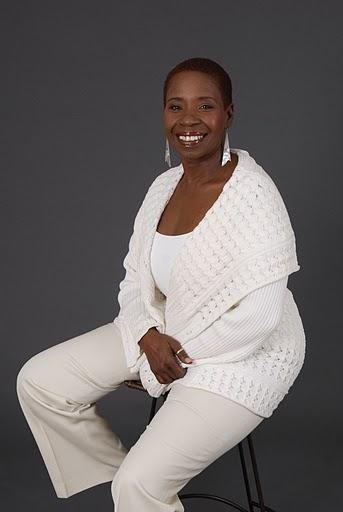 When the doors open at Aaron Davis Hall on Tuesday evening, New York Times best-selling author Iyanla Vanzant hopes you will be there.

Why? The Inner Visions Institute for Spiritual Development is hosting a community fellowship. As founder and executive director of the institute, Vanzant wants to fill the hall's Marian Anderson Theatre with "everyday people who are right now in trouble, in trouble in their hearts, in their mind, in trouble in their vision for the future. We're living in such challenging and difficult times. My sense is that everybody feels alone, whether you lost a job or your marriage is falling apart or your kids just aren't acting right and you can't pay the bills; you're running from the repo man or you're just in a place in your heart and in your mind where it's like, 'What do I do now?'"

The event will combine spoken word, music and a message from Vanzant, who lives in Maryland but still considers New York home. Surviving and healing are intended to be the focus. Her latest book, "Peace from Broken Pieces," is another to hit the No. 1 spot on the New York Times bestseller list. It highlights her victories and recounts the painful experiences that shattered her life one piece at a time.

This comes from first-hand experience. Gemmia, her daughter, best friend and business manager, died of colon cancer. The cost for care depleted Vanzant's savings. She experienced the heartbreak of divorce and, as a first-generation homeowner, Vanzant recalls sitting on her bed contemplating suicide in her million-dollar home, which was in foreclosure.

"Just the fact that I was contemplating, 'Now, do I shoot myself and mess up the wall? Or do I just take these pills and let my grandson find me dead?' You know? Drama. I wouldn't want to do that to my children and grandchildren. I just wanted the pain to stop," said Vanzant, the mother of three and grandmother of eight.

A former love and relationship expert on "The Oprah Winfrey Show" in the '90s, Vanzant had a strong desire to land her own broadcast segment and that caused a ripple effect. Once her tie to "The Oprah Winfrey Show" was severed, Vanzant was devastated. Later she hosted two television shows, "Iyanla" and "Starting Over." It wasn't what she expected.

Earlier this year, with television cameras rolling, Vanzant sat down with Winfrey to discuss the past on camera. Vanzant said she had peace when entering and exiting Harpo Studios for the segment.

She is looking forward to returning to the Big Apple, where she will describe the principles that govern her life and help her heal. While taking a break from using natural herbs to make soap with two of her grandchildren, Vanzant said, she is "coming home to my heart, to my center, to my people, to my community. That entertainment field, the touring and the speaking is wonderful. It's wonderful, but it puts a distance between you and the people. I've sat in palaces. When I was doing television I had 50, 60 people at my disposal and a chauffeur-driven car and whatever, but there was a screen between me and the people.

"When I'm on 135th Street and Convent Avenue standing in front of 600 folks who just want to feel better, that to me is the pinnacle of success."

Iyanla Vanzant returns to Aaron Davis Hall with Tulani Kinard, May 3. Doors open at 6:30 p.m. Tickets are available at HarlemStage.org.