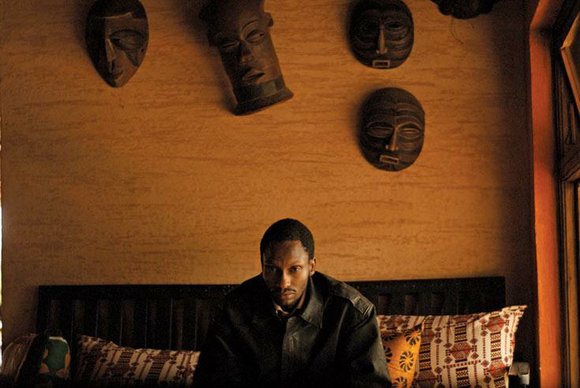 Scene from “Beats, Rhymes and Life: The Travels of a Tribe Called Quest”

It's that time again! A harbinger of spring--like the Cannes Film Festival, the French Open or pollen, the Tribeca Film Festival brings over 200 films and myriad events for the family at every price point to Downtown New York City this week.

Even though there are a many events being held, being a film festival it is really all about the movies. I have managed to see quite a few to the festival opening on April 20, and have discovered a few that I believe are gems.

The first is "Grey Matter," a film by Kivu Ruhorahoza that shows us that Africans, like everyone else, are shaped and molded by their experiences--the bad as well as the good. The film, which has the distinction of being the first feature film written, directed and produced by a Rwandan, takes place in a Rwanda whose citizens continue to grapple with the psychological repercussions of the 1994 genocide in which approximately 800,000 people were slaughtered in the spring to early summer of 1994. In addition, according to a report by the Organization of African Unity, almost all of the females who survived the genocide "were direct victims of rape or other sexual violence, or were profoundly affected by it."

In Ruhorahoza's film, the three main characters grapple with depression and post-traumatic stress in a country where the enemy literally lives next to them and where, according to Ruhorahoza, there was "literally only one psychiatrist in the whole country" in the wake of the genocide. The film forces the viewer to question the type of society currently being shaped in Rwanda by the survivors of the genocide, as well as broader questions of what happens to a continent where war, injustice and depredations of every type have been the norm for over a century.

Another must-see is the documentary "Beats, Rhymes and Life: The Travels of a Tribe Called Quest." The film traces the evolution of the hip-hop group, from their childhoods in Queens, N.Y., to the top of both hip-hop charts and popular culture in the late 1980s through the '90s. It also delves into the demons hounding the group that led to its eventual demise, and features appearances by many of the artists who give ATCQ credit for influencing their own styles, including Pharrell Williams, Kanye West, Busta Rhymes and Mos Def.

The film is incidentally a paean to the era in which hip-hop morphed from an art form of the streets to a mode of expression for people from all backgrounds, including the relatively middle-class sensibilities of ATCQ members and their peers at the time like De La Soul, the Jungle Brothers, Brand Nubian and Queen Latifah.

Also great is the documentary, "Klitschko," about the Ukrainian brothers Wladimir and Vitali Klitschko, who rose from the ashes of the Chernobyl disaster and the breakup of the Soviet States to become boxing world champions. (At one point, they were both world champs at the same time!) It is a sports film in that it deftly reinforces all the familiar sports tropes about pushing past pain to triumph and the true price of victory, but it is also very much about the value of family for shaping a victorious life rather than a life of defeat.

In addition to these gems there are many other solidly good films to see, both at the festival downtown and on demand at home. And there are plenty of free, free, FREE events!

Check out the NYFEST celebrity soccer tournament hosted by soccer legend Pele, April 23 at Pier 40. Also free is the Tribeca Drive-IN, showing "Fame," "The Muppets Take Manhattan" and "When the Drum is Beating," a documentary about Haiti's history. The documentary is punctuated by the 60-year-old, 20-member Haitian band Septentrional, who will be at the event to perform live for free. Also performing live for free is rock legend Elton John, who'll be singing on the festival's opening night after a screening of the Cameron Crowe documentary, "The Union," about his collaboration with musician Leon Russell. April 30 will have both the annual Tribeca Film Festival street fair and the Tribeca/ESPN sports day, featuring sports and competition, with appearances by athletes, mascots and personalities from some of our favorite teams!

The Tribeca Film Festival runs from April 20 to May 1. For more information, visit www.tribecafilm.com/festival.