Facing the world with Ardella McClarty 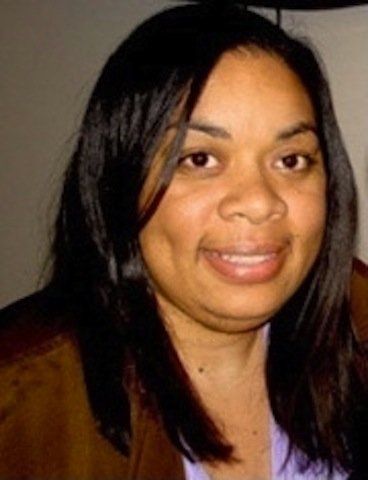 Facing the world with Ardella McClarty

After years of others sacrificing so she could reach her own goals, teacher-turned-youth mentor Ardella "Face" McClarty now gives her time and effort to enrich the lives of inner-city school kids through her nonprofit organization, Young Faces Smiling Inc., which she co-founded. The program uses what McClarty calls "reality teaching," using elements of pop culture to teach academics and life skills.

Giving weekly 30- to 45-minute lessons at public schools, McClarty takes some of the hottest celebrities and uses them to teach vocabulary, math and social studies. Celebrities used in the lessons include famous names from music, television, politics and sports.

"What I bring to the schools is, I put a smile on young people's faces," McClarty says.

While she keeps smiles on the faces of the students she teaches, McClarty said that when she was growing up, there wasn't one always on hers. Growing up during Harlem's darkest days of the 1980s, McClarty said she lived on one of the neighborhood's most dangerous blocks.

"My friends were no longer playing kid games...they sold drugs," she said. "I was living in a single parent home and I was bullying kids in elementary school and middle school. I never had a real family and the only blood family I had was my mother. My family was the streets and I knew that was a part of my anger."

Close to her wits' end, McClarty's mother turned to the church to help her with her daughter. There, McClarty met the Rev. Dr. Eloise L. Young, who would become her mentor. Taking McClarty under her wing, McClarty spent weekends at Young's home in White Plains, bringing her along as she spread her ministry across the country. McClarty got a glimpse of what she could be doing to make changes in her life.

"[Young] would take me out to the most expensive restaurants and she would chastise me," McClarty said. "She became my aunt. I had to do what she did. I gave my life to God. I knew if I did not change, I was going to die or go to jail. The only people I feared were my mother and Dr. Young."

By the time she got to high school, McClarty got her life in order by attending A. Philip Randolph High School. She then went to college at SUNY Albany where she majored in English and African-American studies. Young and McClarty's mother paid her entire tuition in order for her to obtain her degree.

While at SUNY Albany, McClarty said she received encouragement to excel in academics from her sorority, Delta Sigma Theta.

She went on to earn her master's degree in elementary education and taught for 15 years in New York City public schools at the elementary, middle and high school levels. In 2005, she left teaching to help her mother recover from an illness. During that time, with advice from Young, the two started Young Faces Smiling.

McClarty said that her dream is to turn Young Smiling Faces into a national organization, make the world's first online "reality teaching" classroom and have a reality show documenting the program. She is also working on earning her doctoral degree.

"I'm the original Young Faces Smiling, and it worked," she said. "What the church did for me, it worked. They made a nothing into a something. It's my purpose, my duty and my mission to give back. We are all supposed to go back, give back and reach back."