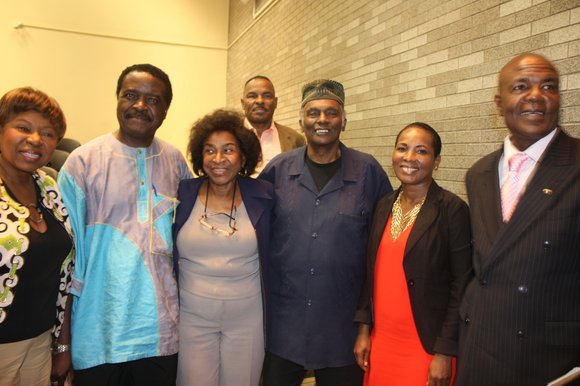 "I want to thank all the people of Quibdo for supporting our 'Haremos Bien la Tarea/We Will do the Job Well' campaign," she said over Twitter. "We will be in touch with you during this journey!"

In 1994, Garcia was the first Colombian congressional representative specifically elected to protect the interests of Afro-Colombians. Prior to her election to Congress, she had been at the forefront of the struggle to pass Law 70, which acknowledges the existence of Afro-Colombian communities and grants them the legal right to the land their ancestors have lived on for centuries.

Garcia's election as the mayor of Quibdo, the capital of Choco Department, is being heralded as an opportunity for Chocoans to have an elected official willing to serve their needs.

Garcia has run for the position of mayor of Quibdo before, but ran into problems when progressive voters split their votes between her and Isaias Chala, a social activist and local businessman. This election cycle, Chala and Garcia decided to combine forces and pool their supporters. Garcia has said she plans to have Chala work with her to create change in Quibdo.

She noted that there are close to 10 million Afro-Colombians in the country-10 percent of the nation's population-and that the majority of this population lives below the poverty line.

While Garcia won the mayoralty of Quibdo, Luis Gilberto Murillo Urrutia, another Afro-Colombian who has spent time in the United States promoting Black issues in Colombia, won the election to become mayor of Choco.

"This is not just a personal triumph; this is a triumph for all of us," said Murillo, who also ran as a member of the Partido Cambio Radical. "Starting from today, our new Choco will govern itself-I am just here to perform the administrative functions." Murillo will take office on Jan. 1, 2012.