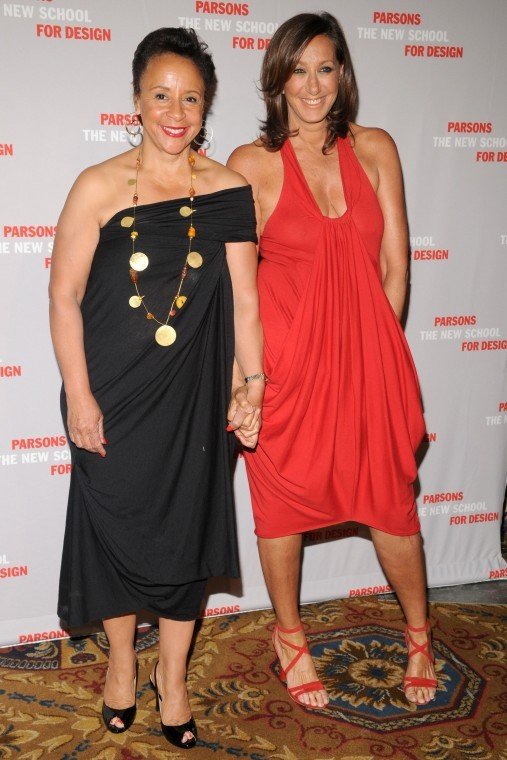 Parsons the New School for Design will honor Sheila C. Johnson and Donna Karan at its 2012 Parsons Fashion Benefit. Johnson is an entrepreneur and philanthropist who serves as chair of the Parsons Board of Governors. Karan, the designer of DKNY and other lines, is one of the school's most renowned alumni and is also a board member. Both are being honored for their significant contributions to the fashion field.

"Sheila and Donna have set examples for our students as women who have risen to the top of their chosen fields and have shaped contemporary culture. They also share Parsons' deep commitment to the future of design," said Joel Towers, Parsons executive dean. "Both women have been active voices here at Parsons and continue to lend insight and support to important new initiatives at the school."

Among the initiatives Johnson has championed at the school is the creation of the Sheila C. Johnson Design Center, an award-winning exhibition and public programming center that enables Parsons to connect its students and the general public to broader issues in the world of art and design.

Johnson is vice chair of Monumental Sports & Entertainment and is president and managing partner of the WNBA's Washington Mystics. She is the only African-American woman to have an ownership stake in three professional sports teams-she is also an owner of the NBA's Washington Wizards and the NHL's Washington Capitals. As CEO of Salamander Hotels and Resorts, a hospitality company she founded in 2005, Johnson overseas a growing portfolio of luxury properties.

She has long been a powerful influence in the entertainment industry, starting as a founding partner of Black Entertainment Television. Johnson has also served as executive producer of four documentary films: "Kicking It," "A Powerful Noise," "She is the Matador" and "The Other City," a critically acclaimed documentary about the HIV/AIDS crisis in Washington, D.C.

Karan credits her feminine instincts for the success of the company she founded in 1984 with her late husband Stephan Weiss, which went on to become a publicly traded enterprise in 1996. Five years later, the company was acquired by its present owner, the French luxury conglomerate Moet Hennessy Louis Vuitton.

Throughout her long career, Karan's peers have acknowledged her achievements with numerous accolades. The Council of Fashion Designers of America has saluted her six times; most recently, in 2010, she was nominated for its Women's Wear Designer of the Year Award. In 2003, Karan was the first American designer to receive Fashion Group International's Superstar Award. A year later, Parsons gave her an honorary doctorate to commemorate her contribution to the school and fashion industry. Glamour magazine named Karan one of their women of the year in 2007.