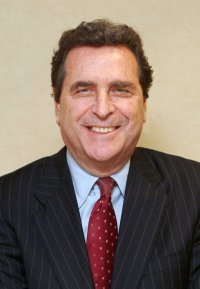 On September 17, 2011, members of Occupy Wall Street ("OWS") occupied Zuccotti Park near Wall Street in Lower Manhattan. OWS and its supporters raised fundamental questions about economic and social justice issues endemic in America in the early part of the 21st century. Their movement resonated with many New Yorkers and Americans throughout this country. In short, people began to question whether the principles and values of liberty, justice, equality and fairness for all are being followed.

On November 15, 2011 at approximately 1 a.m., the Bloomberg administration-mainly through the deployment of the personnel of the New York City Police Department-notified the members of OWS who were in Zuccotti Park that they had approximately 45 minutes to vacate the park with their possessions or face arrest and the confiscation of their property. Many left, but more than 100 stayed. During the remainder of the night, morning and afternoon , approximately 220 people were arrested. Property that reportedly filled up 26 sanitation trucks was carted away.

The actions of the Bloomberg administration, in particular the NYPD, that night have raised serious concerns and questions about the appropriateness and even legality of some of the actions taken. My colleagues NYS Senator Eric Adams, Ira Glasser, Herbert Teitelbaum and I sent Mayor Michael Bloomberg and Police Commissioner Raymond Kelly a letter outlining our concerns and asking them to respond to our 22 questions. The issues we raised included: the role of the press, since several working journalists were arrested; the role of elected officials, since Ydanis Rodriguez was arrested; the lack of vouching for the property carted away, the throwing of OWS books in a sanitation truck; the apparent putting of protestors in the criminal justice system rather than, when appropriate, giving Desk Appearance Tickets (DATs) to the protestors; and the apparent disregard of a Justice's Temporary Restraining Order. We hope to begin a public discussion concerning these issues. We strongly believe that a well informed citizenry is an essential ingredient in a healthy democracy.

The question is raised, once again: What is OWS, and how does it affect our lives? OWS has been an advocate and a catalyst causing others to focus on economic justice issues. For example, Nicholas D. Kristof of the New York Times wrote in one of his excellent columns that the wealthiest 400 Americans have a greater combined net worth than the bottom 150 million Americans and that the top 1 percent of Americans possess more wealth than the entire bottom 90 percent. amNewYork pointed out that 49.1 million Americans, a record number, are living in poverty and that 15.9 percent of Americans age 65 or older are poor. Kristof's colleague at the Times, Charles Blow noted that a Time Magazine/Abt SRBI telephone poll taken last month of 1001 Americans found that 79 percent believed "that the gap between the rich and poor in the U.S. is too large." This is what I believe OWS is all about.

History teaches us that we lose our precious rights when people of good will become silent or even quiet. OWS is telling all of us to question, challenge and speak up. I agree with that message.

Years from now, historians, our children and grandchildren will ask us if we were aware of the economic and social injustices that were present in the early 21st century: the racial, gender, sexual orientation and class inequality that continued to permeate America. Eventually, we will be asked what did we do in the face of these injustices. Hopefully, we will be able to answer satisfactorily. Hopefully, we will be able to say we spoke up, we marched, we rallied in opposition to the status quo and helped keep America a place that follows the principles and values of liberty, justice, equality and fairness for all.