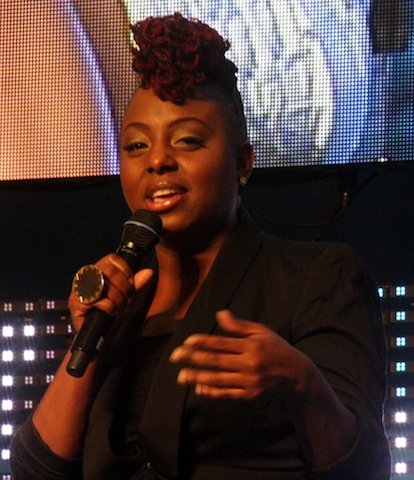 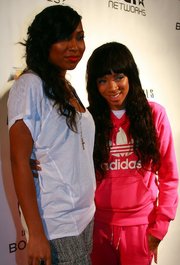 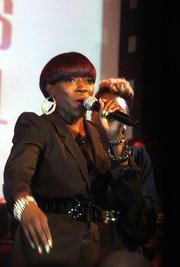 On her last project, the twice-Grammy-nominated album "Turn Me Loose," Ledisi Young queried, what can be "Higher Than This"?

Well, by the turn her career is taking, her profile and acclaim got an apparent boost. From a tune entitled "Bravo" on her latest venture, "Pieces of Me," she wails: "See it's the same pretty face but a brand-new smile. Same Ledisi, but she ain't walking she's flying."

"When I sang that one particular line, I had to stop recording because I was crying," said Young. "I feel that people have a favorite version of Ledisi that they want to keep in a box, but I'm supposed to fly. And I want to celebrate this energy of freedom, and I want people to feel that when they hear it. It's not only this song in particular, but I think every song on this album feels intimate and feels like Ledisi."

"Pieces of Me" debuted in the Top 10 on the Billboard Top 200 chart and was the No. 1 iTunes R&B album. That success served as a springboard for her first headlining tour.

The cross-country trek, which lands in New York City on Oct. 23 at the Apollo Theater, was definitely circled on her calendar. "Do you know how excited I am?! My Mom [who is also a singer] grew up in Mount Vernon, N.Y., and moved to Harlem in her 20s and that was her spot to hang. She saw a lot of people perform there, but she never got a chance to.

"I forwarded my mom a photo of my name on the marquee, and when I called her-I could hear her crying her eyes out-she said, 'Wow, you're playing the Apollo. This is real. I still can't believe it.' That was my mom's dream and I'm living it for her."

Aside from the venue, Young has an affinity for her New York supporters as a whole. She shares, "A lot of my fans in New York got it quickly, and they've been fans for years. I'm a jambalaya of music. An element of scatting; the uplifting spirit of gospel, pop- I go through so many vibes of music, and it's all soulful and all connected to that energy of love and empowerment."

When reminded that an ingredient of her musical embodiment wasn't mentioned, she quickly said, "It's easy to forget that because that to me is so natural. I associate jazz and hip-hop as the same. Isn't that weird? If you listen closely though, you can hear it in the music. In fact, one of my favorite groups is A Tribe Called Quest and I'd love to work with Kamal [aka Q-Tip]."

To new fans only familiar with her latest works or as a supporting act, she offers a taste of what to expect of her as a top-biller. "For some who were recently introduced to me, they only had a quick 20-30 minute sample, and you can't really show all that you're made of. I finally get to display all my influences and what I'm about on one show. I want you to feel inspired and leave saying, 'Man, I feel even better than I did when I walked in.'"

"Pieces of Me" was helped along in its chart position due to the stir she created on a particular televised appearance last year. She recollects, "I feel like after 'Black Girl's Rock,' people were like, 'Who is that?'" The performance she referenced was a stirring tribute to Nina Simone on the song "Four Women," along with Marsha Ambrosius, Jill Scott and Kelly Price. "I love the organization and it feels good to be a part of that. I love seeing Black women being honored and celebrating who they are. It was great to be in the presence of all those great women."

The organization put forth a full itinerary last week, which included the Black Girls Rock Awards Pre-Jam Rock & Soul Show, featuring Rah Digga, Lil Mama, Estelle and Melanie Fiona and the Shot Caller Dinner, a fundraising event in support of Black Girls Rock's year-round, art-based mentoring programs. These events led up to the taping of the Black Girls Rock! 2011 special, slated to air on Nov. 6 on BET. Much more on that in the week after next. Promise!

I'm out. See you in seven days. Until then, enjoy the nightlife.