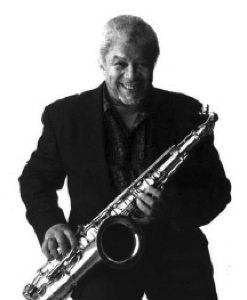 A birthday memorial celebration for saxophonist, composer and arranger Dr. Frank Foster will be held on Sept. 23 at 6 p.m. at Abyssinian Baptist Church, 132 Odell Clark Place, 138th Street in Harlem.

Tributes will be presented by Jimmy Heath, Carmen Bradford, Cecil Bridgewater, Frank Wess, Harold Mabern Jr. and others on what would have been Foster's 83rd birthday. He passed away at his home in Chesapeake, Va., on July 26.

A member of the American Society of Composers, Authors and Publishers, Foster was honored on its 2006 Jazz Wall of Fame. Also recognized by the National Association of Recording Arts and Sciences, he was nominated for a Grammy Award in 1984 and won twice for his arrangements in 1987 for Diane Schur and the Count Basie Orchestra and again in 1991 for George Benson and the Count Basie Orchestra.

Foster produced soundtracks for Woody Allen's "Hannah and Her Sisters," Jerry Lewis' "The Errand Boy" and Spike Lee's "Mo' Better Blues." In 2002, he was named a National Endowment for the Arts Jazz Master. Foster's music and papers will be archived at Duke University in Raleigh, N.C.

Frank "Fos" Foster was best known as a tenor saxophonist and composer-arranger with the Count Basie Orchestra from 1953-1964. "Fos' pride and joy were his own New York-based bands, the 10-piece Swing Plus and the 16-piece the Loud Minority," said Cecilia Foster, his wife of 50 years.

The service is open to the public and will be officiated by Abyssinian's pastor, the Rev. Dr. Calvin O. Butts III.

The group will swing through two sets at 9 and 11 p.m. Admission is $20 per person. Feel free to bring your own brown bag.

"I really wanted to celebrate the birthdays of our influential jazz musicians, especially Frank Foster. He and I had a special relationship; he was like a father to me," said Saxton. "I played in his band for many years and took individual lessons; he really helped me along the way. Frank encouraged me to open this place. I was honored to be his student and friend for 40 years."

During the Prohibition Era, the block of 133rd Street was lined with so many clubs like the Nest, Mexico's and Tillie's Place that it was called "Swing Street." Willie "The Lion" Smith led one of the house bands, and the young singer who often sat in was Billie Holiday.

Thanks to Bill's Place, 133rd Street is swinging again-a mix of Harlem's past with jazz for now.

This current campaign is raising money not only for operating costs, but funds will also go towards a new antenna and transmitter. This means no more noise, no more static! The transmitter will be located in Manhattan high in the sky on the 50th floor in the midst of Times Square as opposed to its current low spot in Newark, N.J.

Can you imagine turning on WBGO and not hearing all that noise? Their goal is to have the new transmitter up by year's end. At last, no more walking around the house with antenna in hand trying to find a good spot. That is really annoying. And you usually end up playing a CD or watching television.

This new transmitter sounds like it might be powerful enough to listen to while you are driving down I-95 South going through southern Jersey. The reception might even last into Philadelphia-WOW.

The WBGO-FM (88.3) fund drive for better reception-need I say more?