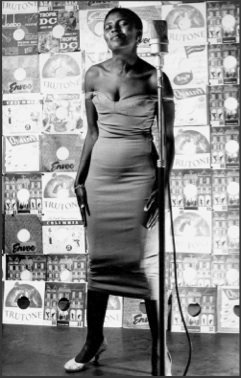 The idea for the festival was formulated in 1988; the NYAFF, launched in 1993, is approaching its 20th anniversary.

"This was my way to celebrate Africa and put her into the minds of everyone beyond devastation, famine and warfare," said AFF Executive Director and founder Mahen Bonetti.

This year's festival will herald Africa as a modern continent of home and homeland under the theme "21st Century: The Homecoming." This year's NYAFF also marks the 100th anniversary of the African National Congress and the 50th anniversary of independence for Algeria, Burundi, Jamaica, Rwanda and Uganda.

Bonetti, a native of Sierra Leone, says that the 21st century is the time when Africa is really starting to take shape creatively, thus the idea for this year's theme.

"In my lifetime, the 20th century was the shortest time for Africa. It was after our independence. It was the time when we were claiming the state of our homeland. We were having our renaissance. It was a joyous moment during the 1950s. After the Cold War in the '60s and '70s, everything went downhill," said Bonetti.

The NYAFF will run April 11-17 at the Film Society of Lincoln Center and throughout April and May at the Jerome L. Greene Performance Space, Columbia University's Institute of African Studies, Maysles Cinema Institute and the Brooklyn Academy of Music's BAMcinematek.

"We are highlighting contemporary and classic work that encapsulates this year's theme, new work and works from an emerging young generation," noted Bonetti.

Special events include the opening night film "Mama Africa" by Mika Kaurismki (winner of Special Jury Recognition, Documentary at the 2012 Pan African Film Festival) on the legacy of music legend Miriam Makeba; on April 11, the centerpiece film "Relentless" by Andy Amadi Okoroafor starring Nneka, internationally renowned Nigerian-German hip-hop and soul singer; and on Friday, April 13, "Education of Auma Obama" by Branwen Okpako, a window into the African family of President Barack Obama and his father.

The festival kicks off with a free festival preview forum at the Jerome L. Greene Performance Space on April 5 at 6 p.m. "Africans in the Diaspora: Expatriates and the Homecoming," moderated by renowned journalist Femi Oke, includes a special performance by popular artist-MC DJ Spooky and African cinema critic Beatriz Leal.

When asked if she could spotlight some of her favorite films and some must-see events from this year's festival, Bonetti responded, "That's a tough one. It's like asking a parent who's their favorite child."