Vy Higginsen, the life of a pioneer 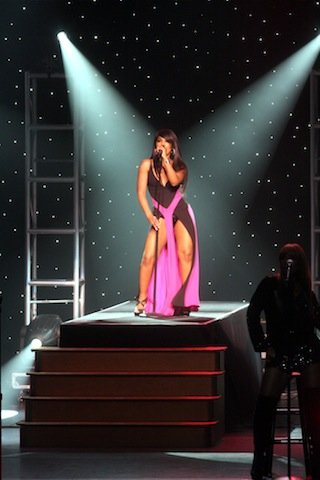 Vy Higginsen, the life of a pioneer

Take a gander at the resume of Vy Higginsen and you'll see it is riddled with firsts--the life of a pioneer.

Her gateway to acclaim came about when she took a show idea into local radio station WLIB. "I had a tape with an idea for a show about fashion and beauty for women and I dropped it off with the program director at the time, Frankie Crocker.

"He told me, 'No, I want you to be a disc jockey.' Just like that, a door that I didn't intend to walk through opened," Higginsen said.

In reflecting on that accomplishment and what life lessons she has learned and retained since her tenure in radio, she beamed, "I loved being a part of history; being a part of something that had not been done in that fashion before and watching something grow from nothing and turn into success. That experience helps you become hopeful and optimistic."

From the business perspective, she added, "And I learned the power of the black consumer market and the importance of communicating effectively."

On March 23, 1983, Higginsen cemented herself in the annals of history with the original production of "Mama, I Want to Sing." The play ran for eight years, tallying over 2,500 performances, becoming the longest-running African-American Off-Broadway musical in American history.

Of her historic piece, Higginsen explained, "We are telling our culture and history through music--how the music came out of the church to go on the radio and onto world stages. That experience, either you had it yourself or you knew somebody who had it.

"For me, it's a true Harlem story that happened to a real person--my sister," she said. "But it's also a collective story of young girls in the 1940s and 1950s that saw themselves expressing themselves musically. That story is still alive. It's alive in my own child, who told me, 'Mama, I wanna sing.' Now the show is ready for the next generation."

Timeless story aside, the allure of the play is, of course, the singers, particularly the lead actress. Said Higginsen, "If you say, 'Mama, I want to sing,' you've got to be able to sing. I look for a quality in the voice that can touch or heal a member of the audience.

"That's the power of gospel music. You can audition thousands and come up with one or two," she said.

Over the years, some memorable voices have held down the lead role. For "Mama, I Want to Sing: The Next Generation," Higginsen didn't have far to look.

"The role was written for a multi-

octave singer," she said. "Our first lead was a 14-year-old named Tisha Campbell [yes, from "Martin."], and she did a wonderful job. D'Atra Hicks was a powerful voice. Desiree Coleman, Stacy Francis and the new girl, Knoelle, who just so happens to be my daughter, were all coloraturas, which are very rare singers. To have my birth child in this role lets me know that this was meant to be."

It's a cliche, but if you can make it in New York, you can indeed make it anywhere. In some cases, it's important that you make it in New York so you can take it there. Aside from its eight-year New York run, the show toured domestically for three years and has gone abroad to Germany, Switzerland, Austria and Italy, as well as multiple appearances in the Caribbean and Japan. Similar plans are in the cards for this production as well.

As the executive director of the Mama Foundation for the Arts, which she founded in 1996, and having founded, 10 years later, with gospel legend Dr. Emily "Cissy" Houston, Gospel for Teens, Higginsen has made a concentrated effort to preserve and lead the growth of the music.

"We want to expand to China, India and Africa to open up the doors to cultural exchange and to expand the genius of African-American music. That's important, because with the internationalization of gospel music, you don't want other cultures to claim something that's a unique American art form. We need to champion the contributions that

African-American music, gospel in particular, has made to American music as a whole and to make sure we present the keys figures of the genre to the world," Higginsen concluded.

Think a trip to the Blue Note on Friday, April 6 is in order as dope vocalist Wanya participates in the Late Night Groove Series, performing a Billie Holiday birthday tribute and giving a peek at her new CD, "The Freak Show."

I'm out. Holla next week. 'Til then, enjoy the nightlife.