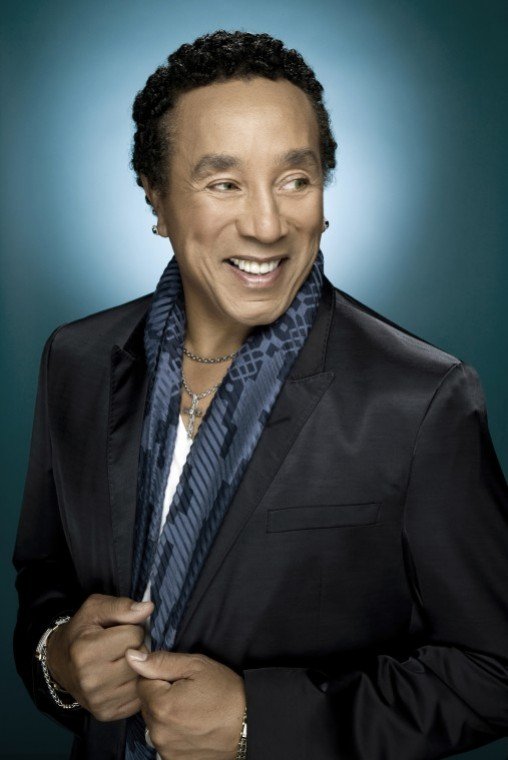 On Saturday, April 28 at 8 p.m., Lehman Center for the Performing Arts will continue its tremendous 31st season with a superstar of popular song: the Grammy Award-winning "Poet Laureate of Soul Music," Smokey Robinson.

The velvet-voiced singer/songwriter, whose $60-million-plus in record sales helped turn Motown Records into the largest Black-owned corporation in the world, recorded 37 Top 40 hits between 1960 and 1987, including the mega-hits "The Tears of a Clown," "Ooo Baby Baby," "Shop Around" and "The Tracks of My Tears."

For this special night, concertgoers will have the opportunity, for an additional $50, to attend a post-concert meet and greet with Robinson and take photos with him.

Robinson, born and raised in Detroit, began writing poems in elementary school and founded his group the Miracles while still in high school. It was Berry Gordy's first vocal group, and it was at Robinson's suggestion that Gordy started the Motown Record dynasty. Robinson's "Shop Around" for the Miracles became Motown's first No. 1 hit on the R&B singles chart.

In the years following, Robinson continued to pen hits for the group, including "You've Really Got a Hold on Me," "Ooo Baby Baby," "Going to a Go-Go," "More Love," "The Tears of a Clown" (co-written with Stevie Wonder), "I Second That Emotion" and the group's all-time classic, "The Tracks of My Tears."

As the Miracles dominated the R&B scene throughout the 1960s and early '70s, releasing 15 albums in 15 years, Robinson became vice president of Motown Records, serving as an in-house producer, talent scout and songwriter. As the premier songwriter in America, he churned out dozens of hits for Marvin Gaye, Mary Wells and the Temptations, including their hit "My Girl."

During the course of his 50-year career in music, Robinson has accumulated more than 4,000 songs to his credit and continues to thrill sold-out audiences around the world with his lovely high tenor voice, impeccable timing and profound sense of lyrics. His latest release of new material was 2009's "Time Flies When You're Having Fun."

Lehman Center for the Performing Arts is on the campus of CUNY's Lehman College at 250 Bedford Park Blvd. West in the Bronx. Tickets are $85, $75 or $65, and meet and greet tickets are an additional $50. They can be purchased from the Lehman Center box office, (718) 960-8833, Monday through Friday, 10 a.m.-5 p.m. and beginning at noon on the day of the concert, at www.lehmancenter.org.

Lehman Center is accessible by the 4 or D train to Bedford Park Blvd. and is off the Saw Mill River Parkway and the Major Deegan Expressway. On-site parking is available for $5.