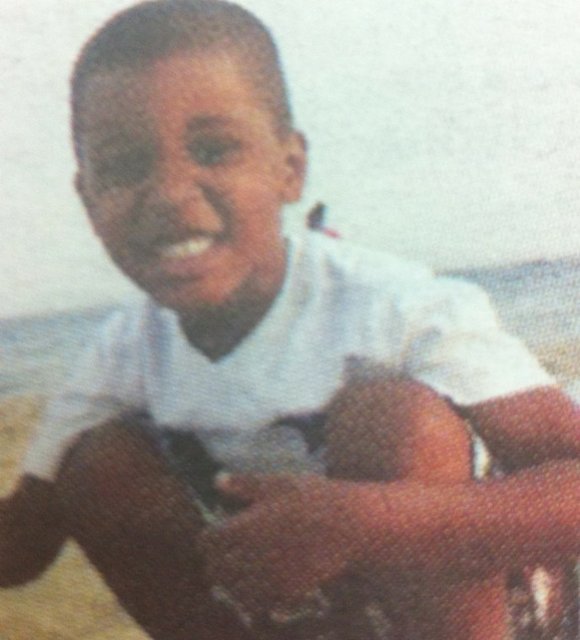 Hundreds wept at the vigil for 4-year-old Lloyd Morgan, who was shot and killed in the Bronx by a stray bullet after a July 21 basketball game that had about 100 spectators present.

"You're not suppose to think about this at his age, him being 4," Morgan's mother, Shianne Norman, said. "I wouldn't have even imagined to think that if this happened, how would I feel, because there are no words."

Police say 17-year-old Rondal "Spidey" Pinkerton has confessed to firing, claiming it was done in retaliation. He appeared in court July 30, where he is facing attempted murder and gun possession charges. Two other suspects have been arrested for the shooting.

"I am glad to know that the people responsible for this are in custody at this point in time," Norman said. "But that can never, ever bring my baby back."

People placed candles and prayed in the playground in the Forest Houses in Morrisania, where Morgan was shot.

"Every time I child dies, I die--a piece of me," New York NAACP President Hazel Dukes said at a press conference.

Outraged community members and leaders expressed their frustration with the recent shooting.

"We need to build a bigger, stronger, deeper community that moves children to books, not guns, that gets involved when the child is at the fork in the road and they go the wrong way and then feel they can't turn around," said City Council Speaker Christine Quinn at a press conference.

Rap icon Cheryl James, also known as Salt from Salt-N-Pepa, encouraged fathers and men to be involved with youth and their own children's lives. She also spoke about the need to discipline children.

A Morrisiana Houses resident who asked not to be identified said gun violence happens on a day-to-day basis; most of the time she stays home, she said.

"We had shootings three days in a row," she said. "I don't like it over here at all."

Another Morrisiana Houses resident agreed, saying, "I don't come out at night...No, never at night. You've got to get everything early and get in."

However, the murder rate in public housing is down significantly. There have been 28 homicides so far this year, compared with 46 over the same period last year, but overall crime is up 7 percent. The number of shooting victims at projects jumped nearly 20 percent, from 144 to 172, while the number of shooting incidents rose 28 percent, from 117 to 150, NYPD data shows.

"We will do all within our power to improve safety and security in our community and to ensure your quality of life is improved," New York City Housing Authority Chairman John Rhea said.

"We don't want another child lost," Dukes said. "We need you to walk right, talk right and be right. We need you to counsel our 4-year-old children. We don't need you to have guns in our community."