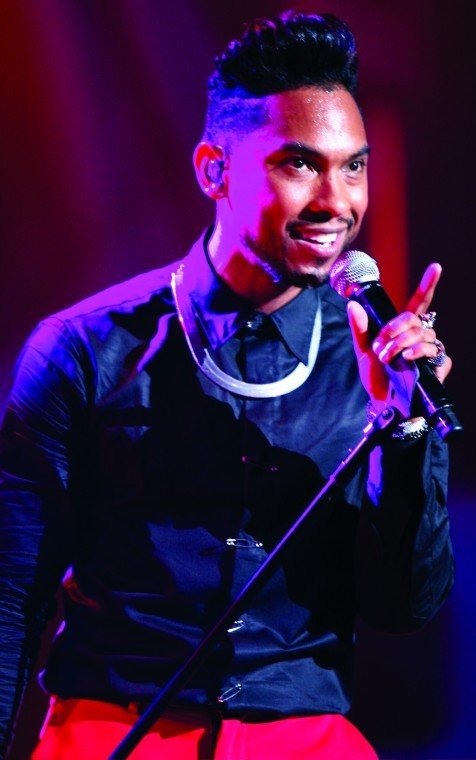 At any moment, the chill of December will settle in, and the 20-degree days that we operate through will be here for a few months. Frigid temperatures have a way of jarring your memory to the days of summer. So let's take it back to the dog days of summer--Aug. 7, to be exact. That was the official iTunes release date of what was arguably the song of the summer. Played and sung constantly, the song usually elicited the following exchange:

Head nods, finger snaps, two steps, off-key singing, hook, melody and delivery: "Adorn" did that and made folks feel good in the process. The song went on to become the third No. 1 single by the singer as well as his biggest song to date and possibly his signature song. Spending 11 weeks perched in the top position, "Adorn" currently holds 2012's record for maintaining the No. 1 spot on Billboard's R&B/Hip-Hop Chart, and it's also been No. 1 at Urban Mainstream Radio for five consecutive weeks. It also was a significant piece of the musical puzzle known as "Kaleidoscope Dream," which was propelled to No. 1 on the Billboard R&B Albums chart and entered at No. 3 on both the Billboard 200 and Top Digital Albums charts.

Currently touring the country along with Elle Varner as supporting acts on the Trey Songz Chapter V World Tour, Miguel returned to the New York area last week at the Theatre at Madison Square Garden as the reigning R&B man of he hour, as he was bestowed a few weeks ago with the Best R&B/Soul Male Artist award at the Soul Train Music Awards. He hopes to expand his trophy case by at least five with the announcements of the 2012 Grammy Award nominations.

"I'm humbled by this honor, knowing that the hard work is being acknowledged. The real blessing is that people are actually listening to and appreciating my music, and for that I'm eternally grateful," Miguel said after hearing news of the nominations.

The 55th Grammy Awards are scheduled to air live on Sunday, Feb. 10, on CBS from the Staples Center in Los Angeles.

This weekend, if history and edutainment are on your agenda, make a trek to Hostos Community College (500 Grand Concourse) for the South by South Bronx Hip-Hop Fest. Over two days, an estimated 2,000-plus people will congregate to network, participate in workshops, enjoy performances and converse with pioneers and new talent. Highlights are as follows:

For more information and to register for workshops, go to sxsbx.org or rdacbx.org.