Benjy Melendez of the Ghetto Brothers looks back on legacy 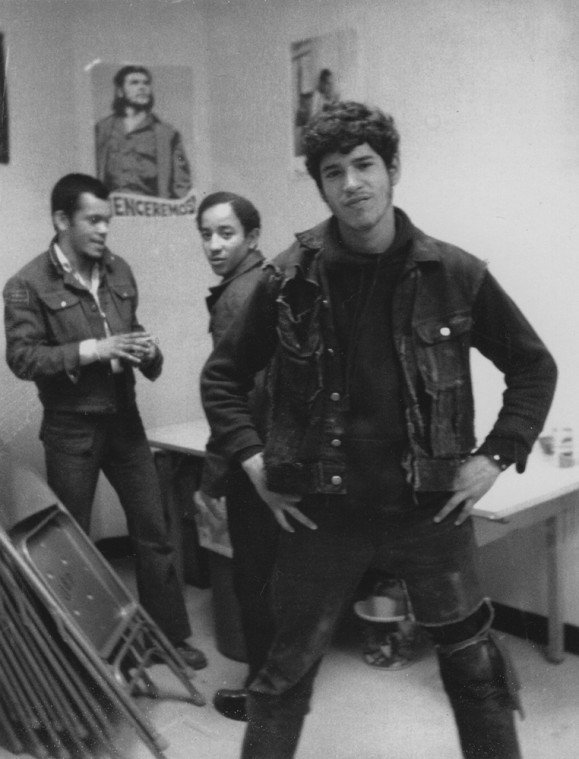 Benjy Melendez of the Ghetto Brothers looks back on legacy

Unearthing a major gem from music's past will always be a fascinating endeavor. It dispels the notion that we truly have access to everything at our fingertips. But with each reveal, we get closer to learning more about our history. Enter the Ghetto Brothers.

Last month, the AmNews reviewed an album the South Bronx gang-turned-community group recorded back in the late 1960s-early 1970s that displayed not only musical maturity and strength in the face of despair, but plain fantastic songwriting. Benjy Melendez, the leader and lead singer of the group, spoke with the AmNews last Friday after a whirlwind of interviews with other outlets.

According to Melendez, the group's album of romantic pop was influenced by James Brown, Chuck Berry and the Beatles, with the Ghetto Brothers adding a bit of Latin flavor to the occasion. Some of his friends even told him that their material predates Carlos Santana. But who were Melendez's closest musical influences in terms of physical proximity?

"My family is musically inclined on my father's side," said Melendez. "We were self-taught. My brother Victor learned the guitar and I learned by watching my brother. All the inspiration, in the beginning, came from the harmonies we heard on 'Alvin and the Chipmunks' and from the Beach Boys. Then we heard the Beatles come around--that was the big deal."

Some of the music being made, especially the lyrics, weren't always indebted to others. Some of it was created on the spot.

"On 'Got This Happy Feeling,' you're hearing stuff that just popped into my head," said Melendez, who still calls the Bronx home. "We had already recorded seven songs for the album and we had to do one more. We had the tune. My brother Victor said, 'Just say anything.' When they played it back, I was so embarrassed."

Embarrassment sometimes accompanied having to tell people you're from the Bronx in the 1960s and 1970s, especially if you were from the South Bronx. It made you defensive. Melendez talked a bit about the Bronx back then and the responses he used to get from people when he told them where he was from.

"I lived in Germany in the Bronx because the South Bronx looked like Germany after the war," said Melendez. "It wasn't done by airplane or tanks. And then you walked down the street and the only light that shone was the moon. The streetlights would be out. We were safe because we lived with our parents. Our father was strict. He didn't want us outside after a certain time. It used to be scary for us.

"There were times that we would go out of the city," he continued. "We would tell people we were from the South Bronx and they'd look at you like you were aliens from another country ... like we were monsters ... like we were gonna kill you by just looking at you."

Melendez believed that it was the power of the media that contributed to his neighborhood's reputation. "The people read it and they believe," he said. "The Bronx had families that were raising children who do well and work hard, and the media made that place seem like the zoo ... like a war zone. Of course there was violence and gangs. We would go talk to the gangs and say don't give them [the outside world] ammunition to talk about us."

For the most part, Melendez wants to leave the past behind and not rekindle the Ghetto Brothers. A former member had a division in Paterson, N.J., but Melendez preferred to just "let it be" and continue to reminisce. But that doesn't mean he has stopped playing music.

Every Friday, Melendez and a few others go to a recording studio in the Wakefield section of the Bronx to practice and jam. After running through a series of managers, his group is looking for another one to help them book some shows. But while he plans for the future, what does he want others to think of when they hear the words "Ghetto Brothers"?

"What I really want them to learn, especially from the song 'Ghetto Brothers Power,' is love. Because it was love that brought every gang together. You see these guys with leather and the looks of outlaws. That was a facade, and what you hear is different from what you see. Love is a powerful word."