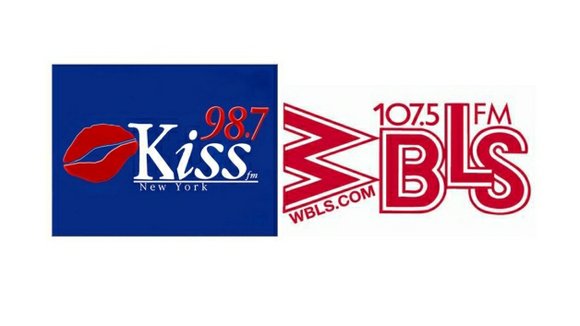 On May 29, 2012, Bob Law, Betty Dopson, Michael North and New York City Councilman Charles Barron, in our individual listener capacities and as representatives of a putative class of New York City listeners, led a petition with the Federal Communications Commission to prevent the transference of the broadcast license of New York's Inner City Broadcasting to YMF Media. The issue we have raised goes well beyond New York City. It has implications for Black communities nationwide.

Our concern is that the FCC is currently engaged in a practice that sanctions unfair and anti-competitive business practices that include discriminatory pricing, predatory lending and awed broadcast ratings that combine to do serious nancial harm to Black broadcasters in particular and ethnic minorities in general.

Ethnic and racial minorities are 36.3 percent of the total U.S. population but own only 7 percent of radio stations and just over 3 percent of the nation's TV stations. Since the 1996 Telecommunications Act, Black owners have been deliberately and systematically squeezed out of existence, due largely to the Black companies' inability to access the capital necessary to take advantage of the new levels of ownership made possible by the Telecommunications Act. In watching the decline of Black-owned media, it is important to take into account the factors that have made Black-owned radio so vulnerable.

Simply put, Black-owned radio does not get paid what it deserves based on how well it actually performs. For decades, the ad industry has used discriminatory pricing--a policy referred to as "minority discounting"--where whatever ad rate charged by the Black-owned station is automatically reduced by the agency media buyer and offered to the station on a "take it or leave" basis.

In addition, Arbitron, the radio ratings monopoly, has been charged with consistently undercounting Black audiences. In January of 2009, then-New York State Attorney General Andrew Cuomo secured a landmark agreement with Arbitron to cure defects in their radio ratings systems that threatened to drive minority broadcasters out of business. In a statement, Cuomo said that Arbitron's decision to release its unreliable and unaccredited radio ratings system was an affront to racial and ethnic minorities in New York and around the country. Cuomo further stated that Arbitron's irresponsible decision threatened the existence of diversity in radio and muzzles the viewpoints of millions of Americans.

Apparently, Arbitron did little to correct these race-based defects. In March of 2012, the state of California and the cities of Los Angeles and San Francisco agreed to settle a consumer protection lawsuit against the ratings company for the same ratings measurement scheme shown to discriminate against radio stations with predominately Black and Hispanic audiences. California's attorney general, along with the Los Angeles city attorney and the San Francisco city attorney, charged Arbitron with a scheme that began in 2008 and had not been corrected that violated the state's Unfair Competition Law, False Advertising Law and Unruh Civil Rights Act by dramatically undercounting minority audiences, causing sharp declines in advertising rates and revenue for many broadcasters.

One of the reasons that unfair business practices persist is because the mega corporations that take advantage of Black stations forced into irreversible decline are assured that the FCC will routinely grant them the stations' broadcast licenses, thereby giving sanction to unethical and, in some cases, illegal behavior. It is not the economy or market trends that account for the decline of Black-owned radio as much as it is FCC policy; just ask Paul Krugman, a Nobel laureate in economics, who pointed out that policy is a crucial reason for rising inequality in this nation. FCC policy favoring the wealthy corporations over the public interest it was commissioned to protect is an excellent example of how inequality is being subtly institutionalized in this country. Currently, given the way the commission has been congured, it is impossible for American citizens to nd legal standing when approaching the FCC. As civil rights advocate and litigator Michelle Alexander has pointed out, American racism is highly adaptable. It is clear that the rules and rationales employed to protect and sustain status relationships, particularly racial hierarchies, adjust and change as they are challenged.

Consider current FCC Chairman Julius Genachowski's push to change the rules to allow Rupert Murdoch to acquire an illegal number of media outlets--a blatant example of policy being designed to give a special advantage to wealthy media moguls in spite of resistance from various levels of the American public.

The new Jim Crow that Michelle Alexander speaks of in the criminal justice system, which perpetuates a racial hierarchy, is also operating at other levels of American society, including the FCC. Even though you have visited this issue in the past, we turn to the Black members of Congress with a new sense of urgency, since it is the Black community more so than others that is being prevented from participating in the essential marketplace of ideas.

Webster's denes the marketplace of ideas as a sphere in which intangible values compete for acceptance. As such, Black Americans must have access to social, political, esthetic and cultural expressions that are born of the Black experience in the world. We believe that an essential test of the democracy is the success of an idea in gaining acceptance in free competition with other ideas.

We must not allow the systematic marginalization and ultimate removal of Black-owned media. Black Americans have the need, as well as the right, to engage in free competition with all other ideas that are moving to dene the future. As members of Congress, you are in the historically signicant position to reclaim the airwaves, a move that will be of great value to your constituents and of equal value to all members of the American public.

May we please hear from you.