'Grinch' is a holiday delight! 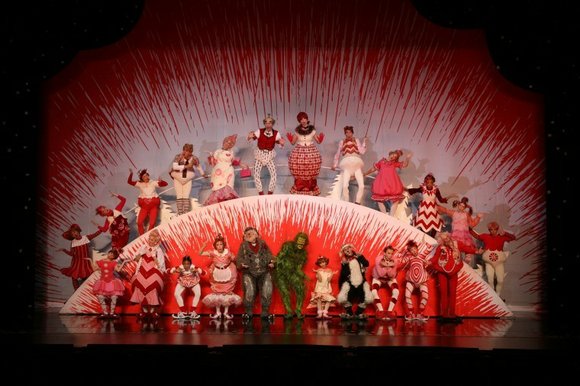 'Grinch' is a holiday delight!

I was thrilled to hear that the rumors of a long-awaited return were true: "Dr. Seuss' How the Grinch Stole Christmas! The Musical," a wholesome, heartwarming family show, is back on stage and is playing at the Theatre at Madison Square Garden. The storyline is one that we all know from the movie, but the staged musical adds extra elements to the story. It is absolutely enchanting to watch the Whos sing about Christmas. The costumes are adorable, the songs are touching and the Grinch is funny.

This production will bring you into the holiday spirit if you didn't have it already. The book and lyrics by Timothy Mason, additional music and lyrics by Albert Hague and Dr. Seuss and music by Mel Marvin get you immediately engaged in the storyline. Having the Grinch's dog Max as narrator also draws the audience in from the very beginning of the production. Every element of this musical works beautifully, from the amusing choreography by John DeLuca and Bob Richard, to the direction by Matt August of this production, which was originally conceived and directed by Jack O'Brien.

This show is perfect for young and old; everyone will connect with the message. One of the things I loved about it is that it shows how much parents push themselves to make their children happy, especially around the holidays. While there are songs about buying presents, the show also emphasizes that it is the thought that counts when buying a gift, not spending a lot of money.

Jeff McCarthy as the Grinch is wonderful. He takes the audience through a series of emotions, but he does it with such intensity that you truly see the progression that he goes through when Christmas finally manages to touch him. Ken Land is also delightful as Old Max, along with Gilbert L. Bailey II as Young Max. Bailey performs with such charm, jumping around, barking, dancing and singing beautifully as the young pup who the Grinch drags into his plot to keep Christmas from coming. And as in the movie, Cindy Lou Who is adorable, but in this musical, the character--delightfully played by Tori Feinstein--sings like an angel and charms the audience as well as the Grinch.