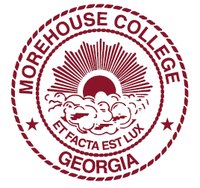 The all-male historically Black Morehouse College in Atlanta is reportedly offering a course on Black lesbian, gay, bisexual and transgendered (LGBT) studies. The course, offered in the college's sociology department, is the first of its kind at a historically Black college and university (HBCU).

The campus' gay/straight alliance SafeSpaces thought of the idea, according to Morehouse's student newspaper. The alliance is partnered with Yale University professor Dr. Jafari Allen and will touch on topics including sexuality and gender issues in the Black community.

"He's very interested in gender non-conformity among people of color, and I'm interested in that as well," Marcus Lee of SafeSpaces said in the newspaper. "I told him that I don't have much direction here at Morehouse because many of the professors whose focus is on sexuality often focus on diseases, and not really cultural critique. So he recommended that he teach a class via Skype."

The head of Morehouse's sociology department, Dr. Michael Hodge, is offering the course as an elective, and all students will not be required to take it in order to graduate. Hodge said the course will have a trial run before hearing feedback from students.

The news might serve as refreshing news to many who feel Morehouse has a problem with the gay community. Over the years, the college has been criticized regarding its treatment of Black gay students. In 2002, a Morehouse College student was attacked by another student who presumed he was gay. The victim was beaten so severely he nearly died. The attacker was found guilty on assault charges and spent seven years in prison.

Morehouse's gay student population was exposed in a highly discussed article in Vibe magazine in 2009. The article explored a cluster of openly gay men on the campus who dressed in women's clothing. The college's president implemented a new dress code at the private college prohibiting male students from wearing women's clothing.