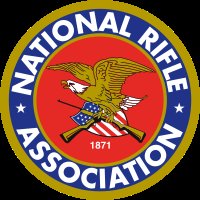 When National Rifle Association Executive Vice President Wayne LaPierre finally broke the group's silence after the Sandy Hook School massacre that left 20 first-graders dead, he not only blamed the media and violent videos games for such shootings but also suggested more armed officers in the nation's schools.

LaPierre's statements have received mixed reactions and spurred a national conversation about armed security in schools, arming teachers and finding other ways to protect the nation's children.

"You know, five years ago after the Virginia Tech tragedy, when I said we should put armed security in every school, the media called me crazy," LaPierre said. "But what if--what if when Adam Lanza started shooting his way into Sandy Hook Elementary School, he'd been confronted by qualified armed security? Will you at least admit it's possible that 26 little kids, that 26 innocent lives might have been spared that day?"

LaPierre added that every school in America should have one armed police officer to prevent another incident like Sandy Hook from happening. He also said the NRA was willing to train them and was quoted as saying that the only way to eliminate a bad person with a gun is a good person with a gun.

The very idea of arming teachers and principals with guns provoked a strong backlash. American Federation of Teacher's President Randi Weingarten said the idea was "irresponsible" and "dangerous."

"No matter how much money the NRA spends or propaganda it tries to spread, one thing is clear: The NRA is not serious about confronting the epidemic of gun violence in our nation," she said. "Schools must be safe sanctuaries, not armed fortresses. Anyone who would suggest otherwise doesn't understand that our public schools must first and foremost be places where teachers can safely educate and nurture our students."

Locally, officials rejected the idea of having armed police in schools. New York City public schools Chancellor Dennis Walcott voiced his outrage over the concept, saying that while a safe learning environment is top priority for students, the NRA is wrong.

"Putting an armed guard in every school building is not the answer. Our schools are safer today than they've been in more than a decade thanks to our collaboration with the NYPD, reforms to our discipline code to promote safety, anti-bullying and peer mediation programs, and work to remove illegal guns from the streets," he said.

While some school districts across the nation already have armed security, critics say having armed teachers is not the answer. The shortcomings of this strategy were demonstrated in 1999 during the Columbine High School massacre, where 12 students were killed by two gunmen. The school had an armed officer on the premises.

There are 5,000 safety agents in public schools, but most do not carry weapons. However, some safety agents are supplemented with armed police officers.

"It is inevitable. If we are going to protect the citizens of this country, the only way to do it is gun control," said Melissa Avery, principal of P.S. 273 in East New York, Brooklyn. "Do you know how much money it would cost this country to equip every school with a police officer with a gun? Do you know how much anxiety having police with guns in schools will cause young students? It's absurd. We need more computers and intervention staff in schools, not more officers with guns."