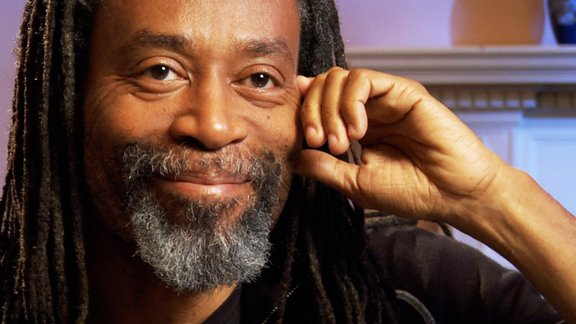 Bobby McFerrin is best known for his No.1, chart-topping, Grammy Award-winning song "Don't Worry, Be Happy," but he has moved on since that song, far surpassing it with a genius of talent that deserves every accolade he receives in the music world he dearly loves. McFerrin has a truly amazing vocal gift in the genres of jazz, pop, spiritual, blues, classical and R&B. His musical prowess is so appreciated that McFerrin is a 10-time Grammy Award winner.

While McFerrin will be performing on Saturday, Feb. 4 at Lehman Center of the Performing Arts, located at 250 Bedford Park Blvd. West, in the Bronx, N.Y., at 8 p.m., he can thrill your a.m. hours with his song "Sweet in the Morning," performed with Voicestra, a group he founded, comprised of 12 a cappella vocalists and whom he featured on his CD "Medecine Music."

McFerrin and Voicestra also released "Circlesongs," a Sony Classical album of meditative works comprised of eight improvisational tunes steeped in Middle Eastern and African tradition. Via the classical genre, McFerrin's version of Stravinsky's "Minuetto & Finale Pulcinella Suite" and Vivaldi's "Concierto en Sol Menor (G Minor)" had me enraptured by the beauty of his vocals and music composition. To claim that McFerrin knows his way around all forms of music with ease and pure genius is no understatement.

McFerrin is a master of improvisation. His vocal skills, creativity, diversity and four-octave range have been known to turn live audiences into virtual orchestras as he leads the crowd down the pentatonic scale. His music is unique and inspiring, as well as haunting, as is emphasized in his "The Elephant's Child."

McFerrin was born to music. His soul chose it when he entered life in 1950. What else could he be destined for, having been born to two classically trained parents? In fact, his father, Robert McFerrin Sr., was the first African-American male to perform solo at the Metropolitan Opera. Was it any wonder that McFerrin took to music like a fish to water?

At 8, he began playing piano and clarinet. Versatile in all music genres, McFerrin listened to the music of Count Basie, Duke Ellington, James Brown, Sergio Mendes, George Gershwin, Led Zeppelin and Brazil '66, et al. He tried it all: bands, cabaret, even dance. Then, at 27 years of age, McFerrin declared himself a singer.

Bill Cosby gave McFerrin his first big break by arranging for this "human orchestra" known as Bobby McFerrin to perform at the Playboy Jazz Festival. The Kool Jazz Festival followed, leading to a contract with Elektra Records. By 1984, he was ready to release his first solo vocal jazz album, which was titled "The Voice," wherein he recorded with no accompaniment or overdubbing.

Oftentimes, McFerrin has performed spontaneously without rehearsal, using his own body to produce percussion sounds, while singing various vocal parts, employing his arsenal of vocal techniques.

McFerrin won Grammys for "'Round Midnight" with Herbie Hancock, "What is This Thing Called Love?" "Don't Worry, Be Happy" and "Spontaneous Inventions." After the release of another of his masterpieces, "Simple Pleasures," McFerrin demonstrated he had other talents and became an orchestra conductor. He started his conducting debut with the San Francisco Symphony Orchestra and led dozens of world orchestras thereafter.

In 1990, the talented performer recorded the first of two albums with Chick Corea, entitled "Play." 1992 saw a collaboration with cellist Yo-Yo Ma, the outcome of which gave the world "Hush," a set of McFerrin's original and classical standards. His teaming with Yellowjackets, a jazz fusion band, resulted in "Bang! Zoom."

By 1994, he was named creative director of the St. Paul Chamber Orchestra. In 2010, McFerrin released his first new album in eight years, "VOCAbuLarieS," in collaboration with composer and vocalist Roger Treece, a Voicestra member.

McFerrin has appeared in a number of films and television programs, including NBC's "The Sing Off." He has performed on "A Prairie Home Companion" and has sung the themes for "Son of the Pink Panther" and "The Cosby Show." McFerrin has been profiled on "60 Minutes" and "Nightline."