International Association Against Torture speaks out 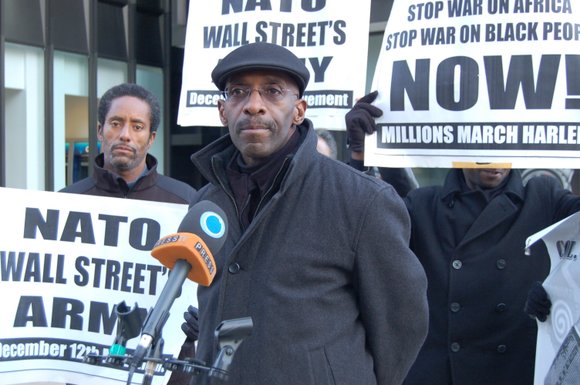 International Association Against Torture speaks out

During a press conference held Monday outside the United Nations building, the International Association Against Torture (AICT) demanded that the International Criminal Court (ICC) use all of its resources to determine the current conditions facing Saif al-Islam Gaddafi in Libya and to transfer him immediately to the Hague.

The whereabouts, well-being and conditions of the incarceration of Gaddafi are unknown, claimed the group, who added that reports indicate that he has been refused the counsel of his choice to represent him on the charges he faces in Libya.

"Given the criminal treatment accorded Mr. Gaddafi's father, Col. Moammar al-Gaddafi, who was captured, tortured and murdered by the same National Transition Council [NTC], our concern for his well-being is well-founded," said attorney Roger Wareham, secretary general of the AICT.

AICT declared, "From the ICC's inception, its practices have reflected a disturbing pro-Western bias. The only defendants on its current docket are African.

"Last year, at the behest of the NATO powers, which provided the de facto air force for the opposition in the Libyan civil war, the ICC quickly issued arrest warrants for Col. Gaddafi, Saif al-Islam and Abdullah al-Senussi [the head of Gaddafi's military intelligence agency]," the group continued.

"Now that the NATO powers have effected the regime change it sought in Libya, the ICC is dragging its feet in assuring the safe transfer of Saif al-Islam from Libya, where he faces a certain conviction and death sentence, to the Hague, where his prosecution will be subject to international scrutiny."

Wareham co-signed the sentiments, agreeing, "The pro-Western bias is also seen in the lack of ICC response to reports that NTC forces targeted, tortured, forced the emigration of and killed Black Libyans. A predominantly Black town, Tawergha, was destroyed by NTC forces."

AICT, a coalition of international activists and observers, proclaimed: "There will only be universal respect for the ICC when there is universal, unbiased, apolitical application of its mechanisms. The ICC can show its commitment to this principle by bringing Saif al-Islam to the Hague and by prosecuting the NTC for its commission of crimes against humanity.

"The failure of the ICC to act in this matter will make it complicit with any harm that comes to Saif al-Islam while he remains in Libya."