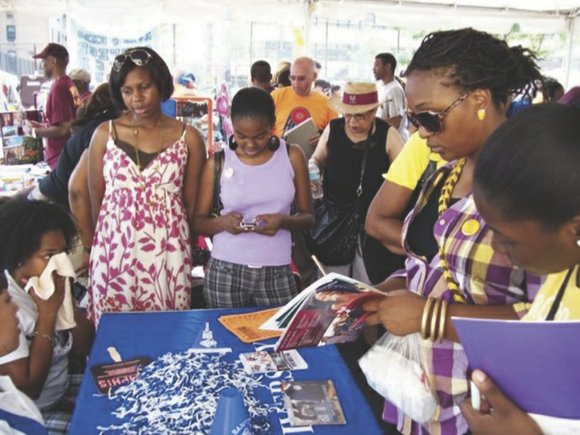 There were times when college was not an option for African-Americans. Instead, they had to gain knowledge the best way they knew how. African-American leaders such as Frederick Douglass, Sojourner Truth and Harriet Tubman weren't give a trouble-free opportunity to learn and understand what the world had in store for them.

Black education, as a concerted effort in the United States, took its first major step in 1862, when Sen. Justin Morrill led an association to expand the status of higher education throughout the United States. This association stressed the importance of how institutions should be organized to train Americans in different fields of work. The Morrill Land-Grant Acts gave federal lands to different states to allow colleges and universities to educate people in different trades. However, there were not many institutions for African-Americans, especially in the South.

By 1890, the problem was resolved by making sure that state funding was put toward schools opened for Blacks and whites or the money would be shared out to the segregated Black colleges to serve Black students.

HBCUs have been the launch pads for numerous African-American leaders and business and community organizers for generations. The history of HBCUs itself is a complicated but proud one that has striven to survive through countless generations. However, some folk still ask why HBCUs are important and what influence HBCUs have on African-Americans.

Jarrett Carter Sr., founding editor of HBCU Digest, strongly believes historically Black institutions are still relevant in today's society. As an alumnus of Morgan State University, Carter is a strong believer in what Black institutions have to offer to African-American students.

"First, students are given assignments and attend classes with people who look like them," said Carter. The African-American professors at HBCUs are people the Black students can identify with. The struggle, lifestyle and determination of the professors is what the Black students have knowledge of. Likewise, they have a drive to become future leaders for the next generation to look up to.

"When people talk about the great alumni of Morgan State University, I want my name to be mentioned as the greatest African-American journalist who has come out of Morgan State," said Carter.

The second reason Carter believes HBCUs are relevant, let alone important, is because Blacks have the opportunity to experience teaching that is thorough and learning that is rigorous. When Black students are given the chance to be taught by people who look like them and who can understand them, it is a chance that should be taken. "The learning experience is at its optimum," said Carter.

A lot of African-Americans may agree with Carter when he says that HBCUs are still important because they are still continuing to build productive people in the society. "They are producing the great entertainers, presidents, doctors, etc."