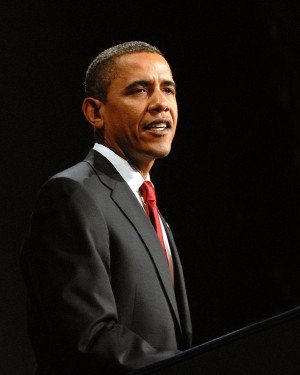 President Barack Obama bypassed the Senate and named three new members to the National Labor Relations Board last week, setting off a flurry of praise and disdain from the parties.

Two Democrats, Richard Griffin and Sharon Block, and a Republican, Terence F. Flynn, were nominated to the board. Flynn was nominated on Jan. 5, 2011, and Block and Griffin were nominated on Dec. 15, 2011. However, the Senate Health, Education, Labor, and Pensions Committee had not acted on any of the nominations as of press time.

"We commend the president for exercising his constitutional authority to ensure that crucially important agencies protecting workers and consumers are not shut down by Republican obstructionism," said AFL-CIO President Richard Trumka. "Working families and consumers should not pay the price for political ploys that have repeatedly undercut the enforcement of rules against Wall Street abuses and the rights of working people. "

Senate Republicans had vowed to block any labor board nominees, which would have made the board unable to make any rulings because it would not have had enough members to legally make any decisions. The Supreme Court has ruled that the board needs at least three members to operate. National labor unions have been lobbying the Obama administration to make recess appointments.

In the private sector, the labor movement has been at odds with private-sector employers and Republicans legislators, governors across the country and the Republican-controlled House of Representatives. In one case, aerospace manufacturer Boeing tried to move workers from Seattle to South Carolina because it is a right-to-work state with unfavorable conditions for unions. The action was blocked by the National Labor Relations Board, which said the action was illegal.

In Indiana and other states, Republican-controlled legislatures and Republican governors have tried to push through anti-union and anti-collective bargaining legislation, and a non-functioning NLRB would have made the protection of workers' rights all the more difficult.

Meanwhile, the business-dominated Chamber of Commerce has been very aggressive in pushing for an anti-union agenda on the national front while working to weaken workers rights' on every front.

Republican presidential candidates have been speaking out against the NLRB and unions as well. During a stop in Salem, N.H., Mitt Romney called Obama a "crony capitalist." Likewise, in a campaign ad airing in South Carolina, Romney accused Obama of filling the board with "union stooges." The ad also said Obama's move was "simply un-American."

But the White House has pushed back against Romney's position on the NLRB and unions. White House spokesperson Jay Carney said, "I find it a little rich that on this and on the appointment of Richard Cordray to be the nation's consumer watchdog, that the former governor of Massachusetts decided to take a position in both cases against the security and protection of working- and middle-class Americans." Richard Cordray was recently named to run the Consumer Financial Protection Bureau by Obama.

Ultra-conservative candidate Rick Santorum didn't celebrate Obama's appointees either. "You are not above the law, Mr. President," said Santorum, during a campaign stop in Manchester, N.H. last week. "We don't want the NLRB to be filled with a bunch of cronies who work for the labor unions."

Former House Speaker Newt Gingrich also went on record saying that the agency should be defunded because he believes it favors unions.