'Dark Girls' documents the reality of colorism Film screening at the Apollo Jan. 13 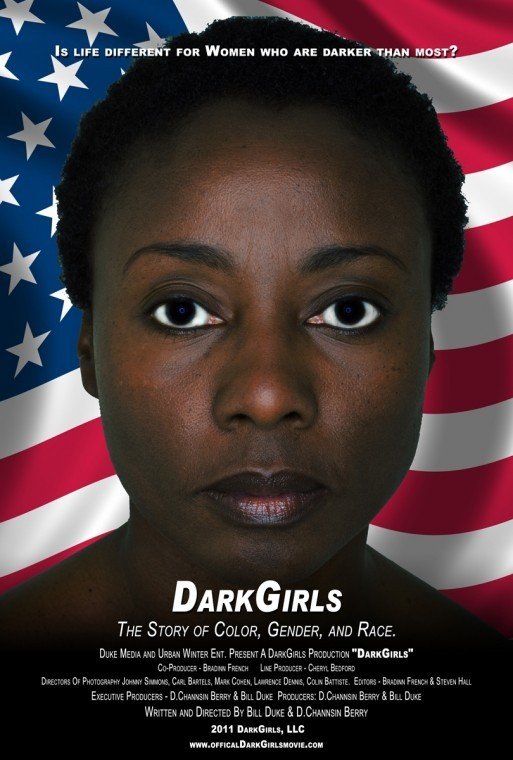 'Dark Girls' documents the reality of colorism Film screening at the Apollo Jan. 13

"You're pretty for a dark-skinned girl."

"My daughter is so pretty. Imagine if she had any type of lightness to her skin. She'd be beautiful."

These are just a couple of the hurtful things said to and about women in the powerful new documentary "Dark Girls." Directed and produced by Bill Duke ("Hoodlum," "A Raisin in the Sun") and D. Channsin Berry ("Sam Cooke: Crossing Over," "A Different Shade of Love"), the film explores the complicated and sometimes painful circumstances women of darker hues grapple with in today's anything-but-colorblind society.

"Dark Girls" was two years in the making and is populated with interviews with 67 people. "I wanted to make this documentary partly because of my childhood as a dark-skinned Black man growing up in Poughkeepsie. I also saw what was going on with my sister and niece. Other children in my family have gone through it as well," explained Duke when asked about the impetus for the film.

"I see what children are going through today. They suffer from something they are reluctant to talk about. A woman came up to me a few days ago and thanked me for making this film. She said her daughter, who has a beautiful dark complexion, came to her and asked why she had to be so black," recalled Duke. "Someone at the playground had called her a tar baby. This is happening right now, today."

On the subject of whether there would be a similar documentary about Black men, Duke responded, "We as men suffer also, but women go through a lot more in terms of beauty standards. A dark-skinned man with a six-pack and a certain look can be 'forgiven' for his color, but for women, you have to be a certain complexion, have a particular hair texture, have the figure of a mannequin and on and on. They have it more difficult than we do. We as men are responsible for the welfare of the women in this community."

"Dark Girls" delves into deeply personal and soul-stirring stories. The nine-minute trailer shows several tearful tales, but Berry notes that there are some light-hearted moments. "I don't want to give anything away, but we have comedian Michael Collier in the documentary. Michael is off the chain. We also have some very crazy, funny quotes from brothers on the street about their opinions on dating dark-skinned women. There are moments of laughter," assured Berry.

Duke and Berry have kept in touch with some of the women in the film. Of those brave ladies, many have been able to have more open and honest conversations with their loved ones. The film proved to be eye-opening for the filmmakers as well.

"There were definitely some self-revelatory issues here for me. I had to look at myself as an individual. Why have I chosen the women I have been with throughout my life? Why have I made these choices? I take personal responsibility," said Duke. "Whatever you blame, you empower.

"If I blame you for my happiness, then I have to wait on you to make me happy again. I have to take care of myself. Once you realize that, it's extremely empowering. We as Black folks are the best blamers in the world. We blame the man, slavery and all these other things. Yes, those things have an impact, but we create change one individual at a time."

Berry told the AmNews the larger reason for making "Dark Girls." "We're not therapists or problem solvers, we're just filmmakers," he said. "We see a problem and we show it to the world. That's our part. We as men have destroyed the two things that give us life: earth and women. Until those two are healed, we can't heal."

The Apollo Theater is hosting a special screening of "Dark Girls" on Jan. 13 at 8 p.m. A VIP reception and Q&A session with the filmmakers will precede and follow the screening, respectively. For ticket information, call (212) 531-5305 or visit www.apollotheater.org.